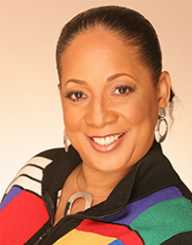 Sheyann Webb-Christburg is one of the most amazing activists in human history. Webb was born on the 17th of February 1956. She was the daughter of Betty Webb and John Webb. Webb had eight other siblings, and she got to go to a segregated public school. Also, she was one of the first black children that got the opportunity to go to the primary integrated all-white schools.

During the opening day in school, she had to go with a heavy police escort to protect her from the angry white mob. The mob included both parents and students who spat on her and shoved her. In her life, she got to work with other activists like Dr. Martin Luther King Jr.  The ordinary folks back in the day gave her the nickname, Smallest Freedom Fighter'.

When the time was right, she got to be the co-author of the book, ‘Selma, Lord, Selma.' Also, as a young girl, just at the age of 8 years of age, she took part in the march at Selma to Montgomery. However, they did not manage to make it all through to Montgomery.

During the walk, they had plans to cross the Edmund Pettus Bridge on the 7th of 1965. The day did not go as planned as the authorities interfered with a peaceful marching process. So many people got injuries. Also, many died protesting the unequal treatment of the blacks and the men of color.

As a young girl in the year 1965, Webb found an irresistible urge to follow some group of people to a chapel. Webb at the time was only around nine years of age. So, together with her friend Rachel West, they followed the group of people into the Brown's Chapel AME church. This day would mark their first act as a civil rights activist. Moreover, it was a meeting of people discussing the bias nature that white men were treating blacks all over the country.

The interest in the action of the group got to young Webb, and she could not keep away. So, after school, she would go and listen to the people speak. Sometimes, Webb would sneak out of the house at night to listen to the views of the group. Mr. and Mrs. Webb were not happy about their daughter's choice of friends. Also, they tried to warn her, but she did not listen. The message had already got to her heart.

To avoid getting punishment from her parents, she would bring activists like James Reeb home. Webb finally met with Dr. King during one of his visits. So, together with her friend West, they continued to attend the meetings. At one point Webb stated that she remember Dr. King as a strong and a patient man. Also, having grown up around the movement, she got to learn a lot.

The march on this fateful day was to peacefully protest the death of Jimmie Lee Jackson. Jimmie was a member of the Southern Christian Leadership Conference. Jimmie met his death sometime during the peaceful march for voting rights in Alabama. So, the people organized the rally after church on Sunday to show solidarity with Jimmies views. They had made the plan to march across the Edmund Pettus Bridge to the capital of the state. This was on the 7th March of 1965.

The authorities who had got wind of this activity rallied up and went to the bridge to scatter the people. They claimed that the march was illegal. Moreover, they had no business marching in such large numbers. Soon later, the police set upon the civilians with billy clubs and tear gas. Young Webb was among the people that the police could get a hold of and hit with billy clubs. During the process, Hosea Williams, who was also a protestor at the rally took Webb up in his arm. Hosea ran away with Webb rescuing her from the authorities who had lost their mind. Webb ran home as fast as she could upon being set down. However, she still had the heart to continue protesting.

Sometime later, the group organized another march to protest the killing of Jackson. So, they made a second attempt to move from Selma to Montgomery. This was on the 9th of March 1965. During this march, another key member of the group James Reeb got murdered by the police. So, they organized another rally to protest the killing of James. This was on the 21st of March 1965. Webb went on to march against her parent's will. On this fateful day, the authorities did not interfere with them. As a result of marching from Selma to Montgomery, Webb got suspended from the all-white school.

Webb was able to finish school and even go to college. Also, she got her degree and the later she pursued her master’s degree. She says that it was because of her involvement with the march from Selma to Montgomery that she went to get her degrees’. Webb’s got involved in the activism in college to get people to be registered voters. Sometime later in life, Webb got to establish the KEEP Productions: Youth Development and Modeling Program. The project is set to help disadvantaged youths with their self-esteem and self-confidence.