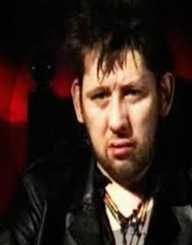 Shane MacGowan is a British national. He is a singer, songwriter, and a musician

Shane MacGowan was born to the Irish couple. He was born on 25th December 1957. His father, Maurice, was an employee of a departmental store. His mother, Therese was a model, singer and customary Irish dancer in Dublin.

He joined the Holmewood House School at Langton Green, Tunbridge Wells. In 1971, Mac was awarded a scholarship and was admitted into Westminister School. He was dismissed during the 2nd year as he was caught with drugs.

MacGowan resided in County Tipperary, Ireland till they shifted to England when was six and a half years. He spent his life in London and Brighton.

Shane MacGowan made his debut performance in 1976 at a band The Clash. Sometime later, MacGowan founded his punk rock band, The Nipple Erectors which was renamed as “TheNips.”

Many of his songs reflect the Irish nationalism and the experience of an Irish in the UK and the USA.MacGowan drew inspiration from the Irish writer James Clarence Mangan and Brendan Behan. MacGowan co-authored “Fairytale of New York” which he presented with Kirsty MacColl.

In 1997, He presented “Perfect Day” in aid of Children in Need. This was # 1 single. This single was sold a million copies.

During 1992-2005, Shane MacGowan formed a new band entitled Shane MacGowan and the Popes. Here he recorded albums and track on The Popes Outlaw Heaven. He toured universally.

MacGowan and the Popes traveled widely in UK, Ireland and Europe from 2004 to 2009. He participated in the slots of Guilfest in England and the Azkena Rock Festival in Spain.

Shane MacGowan returned to the Pogues in 2005. Macgowan announced “Fairytale of New York” in the same year to raise funds for Justice For Kirsty Campaign and Crisis at Christmas. This single was #3 in the UK Charts.

MacGowan was rated 50th in the NME Rock Heros List. He has presented many times along with Pete Doherty, singer of The Libertines and Babyshambles.

Tim Bradford in his book, Shane MacGowan Still Alive? referred to MacGowan to highlight the tradition of Ireland.

During 2010, MacGowan presented unprepared shows in the band Dublin with Shame Gang. He worked as a writer on How to Train Your Dragan 2 for a song the Dancing and the Dreaming

Shane MacGowan has a sibling, elder to him, Siobhan MacGowan.Siobhan is a journalist, writer, and songwriter. He announced the collection of songs Chariot in 1998. He has authored a story for children, Etain’s Dream.

He is living in Dublin with his long-time girlfriend, Victoria Mary Clarke

Shane MacGowan was found to have drugs in his possession. Sinead O’Connor reported this matter to the police in London. He was grateful to O’Connor as this helped him get over the drug addiction.

He often sang while drunk and suffered bodily. In his interview on BBC, MacGowan gave confused replies to This Week on the ban of smoking in Ireland.

Shane MacGowan lost his natural teeth and had a denture with a gold tooth. This dental procedure became the talk on TV: Shane MacGowan: A Wreck Reborn.

He has presented in the event of Fair City in 2008. He has also featured in the reality show Victoria and Shane Grow their Own. He and Victoria attempted to grow their food in their garden.

MacGowan in 2010, presented to Irish Society for the Prevention of Cruelty to Children, a painting for auction. This piece of art fetched 1602 pounds. In 2015, MacGowan suffered a fall which damaged his pelvis. He is now forced to use a wheelchair.

Shane MacGowan wrote his autobiography with Victoria Mary Clarke: The book is titled A Drink with Shane MacGowan.