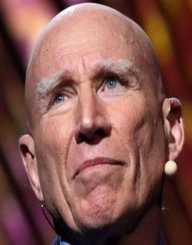 Sebastiao Ribiero Salgado Jr. is a world acclaimed photographer from Brazil, known for his social documentaries concerning suffering communities across the world.

Sebastiao Ribiero Salgado Jr. was born in Brazil on February 8, 1944. He grew up in his family ranch in the town of Aimores. He was the only son in the family with seven other sisters.

He went to elementary school in Aimores and high school in the town of Vitoria. After high school, Salgado thought of studying law. He later went to study business in college. He graduated with a Master’s Degree in economics from the University of Sao Paolo in 1968.

Soon after his graduation, Sebastiao Ribiero Salgado Jr. joined the public service in Brazil. He worked at the Ministry of Finance until 1969. During this time, Salgado joined a dissident uprising against the junta. Following a government crackdown on the movement, Salgado fled Brazil for Europe in August 1969. He stayed in France and settled in Paris. He enrolled at the University of Paris for a doctorate. Salgado got a job with the International Coffee Organization. He represented the organization in different economic forums throughout the world courtesy of the World Bank.

In 1971, he visited Rwanda as part of his regular Africa economic missions. He took some amateur photographs and posted them to his friends. Encouraged by their positive response, Salgado decided to learn photography. After two years, he left his job and became a roaming photojournalist.

Sebastiao Ribiero Salgado Jr. worked with several photography agencies before going into private practice. Salgado started with Sygma. He then worked with photo agency Gamma. In 1979 he joined the more recognized Magnum Photos in Paris. Salgado worked with the Magnum Photos until 1994. He left the organization and established his photo entity Amazonas Images based in Paris.

During his photographic work, Salgado focused on the socio-cultural aspects of the underserved communities. He portrayed the effects of famine in Africa, industrialization in the developing countries, and civil wars. He also presented the need to preserve the natural environment for the balance of the eco-system.

Some of the iconic photographs he captured include the civil war in the southeastern African country of Mozambique, and the melting ice blocks in the Antarctic. He also presented the famines in the Sahel part of Africa, and the poverty struggles in Latin America. Salgado got extensive coverage in the early 1980s. He captured the attempt to assassinate the then US President Ronald Reagan by one John Hinckley.

Sebastiao Ribiero Salgado Jr. established himself through his unique style of photography. He used a series of black and white still photos to elaborate on his stories. Unlike other color-minded photographers, Salgado managed to create a following by his unique depiction of the still black and white images.

Sebastiao Ribiero Salgado Jr. published a collection of still photograph books. In 1986 he published his first book titled Other Americas. In this book, he serializes the daily struggles of the poor in the Latin American world. He did another collection book in 1986 titled Sahel: Man in Distress. Salgado brought into focus the famine that ravaged the Sahel part of the African continent in 1984 and 1985. He mainly focused on the hard-hit country of Niger. He published another follow-up book titled Sahel: End of the Road.

In 1990, Salgado published the book An Uncertain Grace. In the book, he presented the life of the Poor Amazonian struggling with living near a goldmine in Brazil. In 1993 he released his publication Workers and another one in 2000 titled Migrations. In both books, Salgado focused on the plight of the poor laborers working under dire living conditions. In recent times, Salgado published the book Genesis in 2013. Breaking away from his earlier trend, Salgado focused on the need to conserve nature.

Sebastiao Ribiero Salgado Jr. has a film to honor his work titled The Salt of the Earth. He is also a recipient of numerous awards from both the US and Europe.

He started an institution in 1998 to help in creating awareness of the need to conserve and restore the destroyed forests of the world. Salgado is currently serving as the UNICEF goodwill ambassador.

Sebastiao Ribiero Salgado Jr. got married to Lelia Wanick in 1967. Lelia who is an architect has worked with her husband in the conservation efforts since then.

Their son Juliano Ribiero Salgado is a film director and producer. The family stays in Paris, France.

In his efforts to educate the masses, Sebastiao Ribiero Salgado Jr. exhibits his works of photography. He has done it in Brazil, China, Sweden, Germany, Canada, Portugal, the US, and other countries in Europe.

His efforts have yielded a significant change of heart in regions that were previously under threat to human encroachment.