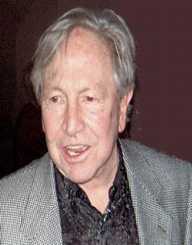 American painter, Robert Rauschenberg was born on October 22nd, in 1925. He is best remembered for opening doors for the pop style of art during the 1960s. Similarly, he is also celebrated due to his ‘Combines’ form of painting in the 1950s. Following his contribution to the world of art, Rauschenberg was bestowed with the National Medal of Arts in the early 1990s.

Milton Ernest Rauschenberg alias Robert Rauschenberg was born on October 22nd, in 1925. His birthplace was in Port Arthur, in Texas. Both of his parents namely Ernest R. Rauschenberg and Dora Carolina were Christians. Growing up, Rauschenberg had a reading disorder.

When Robert Rauschenberg clocked 16, he joined the University of Texas. Initially, he took pharmacy classes. Later, in 1943, Rauschenberg joined the United States Navy where he offered his services as a hospital technician. Two years later, he was discharged.

Robert Rauschenberg's style of art was at times referred to as "Neo Dadaist."  Throughout his art career, Rauschenberg is best remembered for what is known as the ‘Combines.’ This was a unique form of art that used different arbitrary objects on a painted surface.

At the beginning of the 1950s era, Rauschenberg paid particular attention to designing for dances. This is something that he did until 2007.

Robert Rauschenberg passed away on May 12th, in 2008. His cause of death was as a result of heart failure. He was 82 years old when he breathed last.