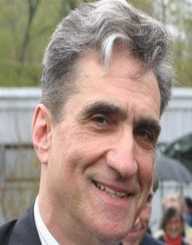 Robert Pinsky was born on October 20, 1940, in Long Branch, New Jersey, United States. Famously known as one of America’s poet-critics, Robert Pinsky is also an essayist and translator. He served as Poet Laureate Consultant in Poetry to the Library of Congress for three years. His dominant driving force was to make poetry retain its power and meaning throughout literary periods. His criticism reflects a more resolute purpose of poetry and its role of sharpening our intellect.

His views on poetry portrayed it as a tool by which we attain coordination between our minds and bodies. He has authored a total of nineteen books in which a more significant percentage of his writings is poetry. He has also translated a number of works including ‘The Inferno of Dante Alighieri’ and ‘The Separate Notebooks’ by Czes?aw Mi?osz among others. He has been active since 1968 to date and currently a lecturer at Boston University, U.S.

Robert Pinsky was born on October 20, 1940, to Milford Simon Pinsky and Sylvia Eisenberg in Long Branch, New Jersey. His father was an optician, and he traces his roots from a Jewish background. He completed his education at Long Branch High School and proceeded to Rutgers University in New Brunswick, New Jersey. He earned his Bachelor of Arts degree at Rutgers University under the tutorship of Francis Fergusson. He later attended Stanford University from where he received both his M.A and Ph.D. in creative writing.

Robert Pinsky began his career as a saxophonist and loved the jazz music which he found soothing at moments of tension. He later translated his musicality to poetry which he thought would impress upon the reader’s mind a positive influence. His unique combination of music and poetry became an essential part of his later works. He worked tirelessly to represent poetry differently from the standard forms that were known.

In 1997, he began serving as the Poet Laureate Consultant in Poetry to the Library of Congress until 2000. This made him the first poet ever to serve as a laureate for three terms in a row.  In his tenure, he established the Favorite Poem Project where other American young and old poets would display their works.  It was meant to encourage Americans to appreciate and develop a positive attitude towards poetry.

Robert Pinsky was given the responsibility to write a script for the Friederich Schiller's drama ‘Wallenstein’ by Shakespeare Theatre of Washington, D.C.  He was also involved in other works including ‘Corionalus,’ Death and Powers’ the latter being an opera by Tod Machover.  The opera was largely acclaimed and earned a World Premiere in September 2010 and U.S Premiere in March 2011 in Monte Carlo and Boston's Cutler Majestic Theater respectively.  He also authored one of the most interactive fiction game titled ‘Mindwheel’ in 1984 which was later developed by Synapse Software.

In 1961, Robert Pinsky married clinical psychologist Ellen Jane Bailey and together have three children. Presently, he resides in Cambridge, Massachusetts and works at Boston University as a lecturer in writing. He is seventy seven years old currently and still active in writing poems, essays and translations.