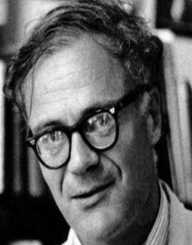 Robert Lowell was born on March 1, 1917, in Massachusetts. His full name was Robert Traill Spence Lowell IV. His family dates back to persons who came over on the Mayflower. His father was Commander Robert Trail Spence Lowell III, and his mother was Charlotte Winston of Boston. His mother also had a claim to fame- she was a descendant of one of the signers of the Declaration of Independence.

Growing up Robert Lowell was a bully and alas it did not change much as he grew up. But as a teenager, Robert Lowell attended St. Marks School in Southborough, Massachusetts. While in school, he developed an interest in writing. His teacher Richard Ebenezer encouraged that interest in writing. At around the same time, he was friends with Frank Parker who later became his cover artist. A lot of his friends before his death were the ones he worked with throughout his life and career.

After his graduation from high school, he got accepted to and attended Harvard University. However, he went for two years. Due to some personal problems, he left school and ended up in Ashville. While in Nashville, he studied with Allen Tate. Robert stayed for two months there and took classes for those two months at Vanderbilt School. He then travelled with his friends after leaving Vanderbilt and started to attend classes at Kenyon College.

Around this time U.S.A. entered into WWII. As with most of the men in the country, men were enlisted into the army and called to serve. Due to his status as a conscientious objector, Robert Lowell spent some time in prison. He was incarcerated in the state of Connecticut at Danbury Prison. This, however, did not stop him from making the same objection during the Vietnam War. Unlike WWII, he showed his support against the war by being a speaker at a march on the Pentagon in 1967.

Robert Lowell taught classes at the Iowa Writer’s Workshop at the University of Iowa. He also taught at Boston University where his students were future writers such as Sylvia Plath and Anne Sexton. He taught at four other schools as well in the 1950s through the 1970s including but not limited to Yale University and the University of Cincinnati.

Robert Lowell married Jean Stafford in 1940. Jean was a novelist, and she also wrote short stories. The two divorced in 1948. The following year in 1949, he married Elizabeth Hardwick. From that union came a daughter, Harriet in 1957. Their marriage lasted until 1970. The divorce was caused by his relationship with Caroline Blackwood. He married her in 1972. The couple had one son together, Sheridan but he raised, Ivana, a daughter from her previous marriage with another man. Despite his three marriages, he did develop a close friendship with Elizabeth Bishop that lasted 30 years until her he died.

What some may not know about Robert Lowell is that he was a manic depressive that had to be hospitalized many times for that condition. At the age of 50, he started taking lithium.

Robert Lowell’s early work was mostly Christian in the undertone. A lot of the symbolism and references used by him were from that religious source. When he converted to Catholicism, his writing was influenced by Catholicism.

He won several awards over the years including a 1997 Guggenheim Fellowship. Some other awards he won were his two Pulitzer Prizes for Poetry in 1947 and again in 1974. He also was on the National Book Critics Circle Award in 1977, the year that he passed away. In 1973 he published three books of sonnet poems.

Robert Lowell died in 1977. After his death, his editor worked on his collected works which included an autobiography he started. After he finished compiling it, he sent it to two other editors who reviewed it and then published it in 2003. A few other books containing Robert Lowell’s poetry were also released after his death in 1977. One of those books was The Letters of Robert Lowell edited by Sascha Hamilton in 2005. Even his relationship with Elizabeth Bishop was immortalized in print in the form of a play in 2012.

All together Robert Lowell published 25 books including poetry books. There were two biographies written about him. He was claimed to be the best English Language Poet during his lifetime. His works are left for you to make that decision.