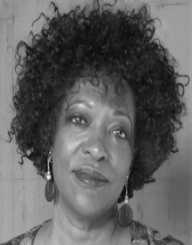 Rita Dove was an exceptional student, even while still in high school. She loved to read and write. She even was honored as Presidential Scholar and won a National Merit Scholar award.

Rita Dove published her first book of poetry, Ten Poems, in 1977. This started off her professional career as a writer.

Shortly after graduating from college, Rita Dove took on a career as a professor. She eventually landed at the University of Virginia, around the 1980’s. Also around this time, she began publishing books. Some of her most famous books from the 1980’s include The Yellow House on the Corner, Museum, Thomas, and Beulah, and Grace Notes.

In 1993, she took on the post of US Poet Laureate. Rita Dove held this position until 1995. Earning his post was especially impressive for Doe because she was the first African American woman, and the youngest overall person, to serve in this position. She continued to write poetry and prose while serving in this post. Some of her most famous works from this decade include Through the Ivory Gate, The Poet’s World, The Darker Face of the World.

Around the turn of the century, Rita Dove also began working as an editor. She worked with the Penguin book company around 2000 and continued to work with them in the 2010’s. One of the books she worked on with this company was the Penguin Anthology of 20th Century American Poetry. Some of her own most famous works from this decade include American Smooth and The Poet’s World.

Over the course of her career, Rita Dove has earned about a dozen awards, all for her poetry and writing. Some of her most impressive awards are listed below.

Rita Dove is a member of many prestigious organizations, including the American Academy of Arts and Sciences, American Philosophical Society, Fellowship of Southern Writers, and the PEN American Center.

Rita Dove is married to Fred Viebahn. This couple has a daughter together: Aviva Dove-Viebahn.

Several other authors have written books, articles, and reviews of Dove’s work. Some of the most popular of these works are listed below.

Contemporary Women Poets published by St. James Press
Rita Dove’s Cosmopolitanism written by Malin Pereira
?The Given and the Made: Strategies of Poetic Redefinition written by Helen Hennessy Vendler