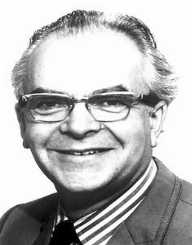 Richard Kuhn was a respected and triumphant biochemist in the 20th century. Born on 3rd December 1900 in Vienna, the capital of Austria which lies in the country’s east on the Danube river. He was a Nobel Laureate (1938) in biochemist with an Austrian-German origin. As Richard was a citizen of Germany, he was not allowed to have the Nobel Prize. He was only able to receive his diploma and medal after the end of World War 2.

Also, Richard Kuhn discovered a nerve agent known as ‘Soman’ a harmful chemical which was used as an agent of mass destruction. His areas of research tackled some theoretical flaws in organic chemistry. He also ventured into biochemistry fields such as carotenoids, Flavin vitamins, and enzymes. Some of his significant works involved vitamin B2 as well as anti-dermatitis vitamin B6. Evidently, when he was twenty-eight years he was by far the youngest research director. On October 1, 1929, he became first of the four KWImf research directors to move into the new laboratories on the banks of the Neckar River.

On December 3, 1900, Richard Kuhn, was born in the capital of Austria. He brought a bundle of joy to Richard Clemens Kuhn and Angelika Rodler who were his parents. His father was an engineer and imperial-royal privy councilor while the mother was an Elementary school teacher. He was a child in a family of two. He flourished well in the environment and entered the gym at age nine. He initially began his early education being tutored by his mother.

Later, he attended school in Vienna, Austria where he went through grammar school and high school. His interests in chemistry surfaced at an early age. However, his mind was clouded by many interests hence he started studying chemistry late. After completing high school, he did his national service. Then proceeded to Vienna University where he studied chemistry. Upon completion of his undergraduate program, he joined the University of Munich. Richard was awarded a Ph.D. under Nobel laureate Richard Willstatter in 1922 following his thesis on the specificity of enzymes. Upon his completion of the doctorate, he qualified to become a professor.


Transformative leadership in his career

In 1925, Richard Kuhn was employed to work at Munich University. He was hired to work as a university lecturer in chemistry. In the following year, he was fortunate in a pool of 32 candidates to be selected to become the successor of Hermann Staudinger. He was an analytical chemistry professor at the ETH Zurich’s Chair of General Chemistry. In the year 1929, he was appointed HOD of Chemistry at Kaiser-Wilhelm- medical research institute in Heidelberg.

Moreover, at the University, Kuhn was an honorary professor of chemistry. For one year, he extended his service at Pennsylvania University as a visiting research professor. After L.Von Krehl’s retirement, Robert succeeded as the new administrator of the newly founded institute. In 1937 he became Managing director at the Kaiser Wilhelm Chemistry Institute.

On the onset of World War II, Robert investigated means of protection against chemical warfare. From 1940 he conducted research into vitamin inhibitors about their use of chemical weapons. As the year 1942 came to a close, he turned all his research focus to lethal gas. Kuhn sought defense substances to protect his troops. He developed the poisonous gas known as ‘soman,’ in 1944, which had no medical treatment possibilities once used it led to the death of those who sniffed it.

Kuhn also carried out research on theoretical queries of organic chemistry. For twenty years, he investigated the structure of compounds of carotenoids. In the process, he found out of the existence of eight carotenoids, prepared them in pure form. Together with Richard Kuhn and Paul Karrer worked on vitamin B2. Eventually, they were able to produce one gram of vitamin B2 for the first time. In addition to a team, they were able to isolate vitamin B6. Owing to his contribution to this crucial field, he was awarded the most sought-after Nobel Prize in Chemistry in 1938.

In Munich (1960), Robert Kuhn was awarded honorary degrees of the Technische Hochschule, University of Vienna. Similarly, he got the same honors in the University of St Maria in Brazil (1961). Due to this achievements, he was also part of many scientific organizations and societies in every corner of the world. His vast research experience which earned him a lot of respect among his peers. He was the president of the society of German chemists. Under his capacity as vice president, he was able to serve the society of Max Planck.

In 1938 he was awarded the Nobel Prize in Chemistry because of his efforts on carotenoids and vitamins. He was honored with the Goethe Prize in 1942. Due to his significant works and contribution to the society, it earned him the distinguished Wilhelm Exner Medal in 1952. In the year 1961, he received the Austrian Decoration for Science and Art.

One day, Robert Kuhn bumped into a pharmacy student by the name of Daisy Hartmann. They later got married in the year 1928 and started a young family. Fortunately, they were blessed with six beautiful children, four daughters and two sons whom they treasured and took care of throughout their lifetime.

At the Eth Zurich’s University Archives, there is a historical school board archive of Richard Kuhn’s tenure as chair at the university. Also, letters penned down between Richard Kuhn and Arthur Stoll are also stored in the combined private papers of Richard Willstatter and Arthur Stoll. Richard Kuhn’s intelligence and professional ambition is what propelled him to greater heights in his life. He is remembered for the knowledge he shared with many young and upcoming chemists and his assistance and motivation during his many lectures.

On July 31, 1967, Richard Kuhn died. He was diagnosed with cancer and died, in Heidelberg, Germany when he was only 66 years.

Richard Kuhn was a strong Nazis supporter and helped them develop several weapons of mass destruction during the historical World War II. So great was his loyalty to the Nazis that he refused to accept his Nobel Prize and only did so after the drum bells of war were over. It is also on record that he went against three of his fellow Jewish scientists which led to their persecution on religious grounds. In 2005, there was intensive research on the history and German scientists decided to do away with the Richard Kuhn award which was awarded to the top productive German scientist every year.