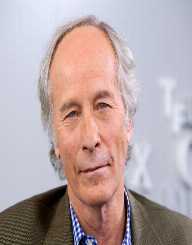 Richard Ford was born on February 16, 1944, in Jackson, Mississippi, USA. His father was Parker Ford. Sadly his father died shortly after he was born. After his father’s death, he was raised by his grandfather.

Richard Ford first attended Michigan State University. He graduated from the school and earned a bachelor’s degree four years after enrolling. After earning his degree, he taught at a middle school for a couple of years. He later went on to attend the University of California, Irvine, to study creative writing. He finished his education and earned his master’s degree in 1970.

After earning his master’s degree, Richard Ford began teaching at the Williams College and Princeton (however, the job did not last more than a couple of years). At the same time, he wrote novels. The first novel he ever published was A Piece of My Heart, which was published in 1976.

He wrote a couple of other fiction books, but they did not sell well enough to earn him a living. He then began working for the magazine, Inside Sports. In the magazine, he focused on writing non-fiction articles. However, the magazine went out of business a short time later.

Drawing on his experience working for a sports magazine, Richard Ford wrote the novel, The Sportswriter, which was published in 1986. This book was a hit and gained Ford almost instant fame. From that point on, Ford began to focus on his fiction writing again. Throughout the 1980’s and 1990’s, he spewed out award-winning novels every couple of years.

Ford’s arguably biggest hit was his novel Independence Day, which was published in 1995. The book earned Ford some awards. However, it should be made clear that the novel is not in any way related to the film, Independence Day. That series was written by another author, and the two are often confused.

In the 2000’s, Richard Ford returned to teaching at colleges. In this decade and the next, he had teaching jobs working at several colleges and universities, including Bowdoin College, Trinity College (Dublin), and the Columbia University School of the Arts. At the same time, he continued to write books, with his most recent collection of short stories, Let Me Be Frank with You, being published in 2014. It is likely that Ford will continue writing in the years to come.

Some of this other novel and short stories are listed below.

Richard Ford has been won and been nominated for many awards for his great novels and short stories. Some of his most prestigious awards are listed below.

Richard Ford married Kristina Hensley in 1968. The couple has no children, but they are still married (as of 2017).