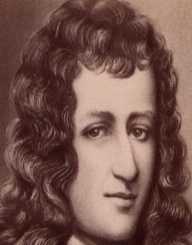 Rene-Robert Cavelier was born on November 22, 1643, in Rouen, Normandy, France. He was a French revolutionist and explorer who led an expedition down the Mississippi River and claimed the region for France. After exploring the Great Lakes regions of the United States and Canada, he captured the region around Mississippi River and renamed it Louisiana in honor of the French King Louis XIV. He attempted his last expedition which was aimed at establishing fur trading posts but ended up losing his life in 1687.

Rene-Robert Cavelier was born on November 22, 1643, in Rouen, Normandy, France. He was born into a wealthy family and lived a comfortable life. As a teenager, he was fascinated with nature and science and loved exploring new things around him. He went through the Jesuit religious order education system and was initiated as its member in 1660. On March 27, 1667, he was released from the religious order and left his passion of becoming a Jesuit clergy. He later went to Canada to be with his brother Jean where he served as a priest at the Seminary of St. Sulpice.

While in New France Rene-Robert Cavelier became so immersed in the people’s culture and learnt the language of the Mohawks. He was also responsible for issuing land grants, and the people there respected him. He was told about the great river known as Ohio one of the tributaries of the Mississippi River. He thought that the river went far into the Mexican Gulf and decided to make expeditions which would grant him passage into China.

By this time he had befriended Governor Daniel Courcelle who permitted him to carry on with the expedition. He sold all that he had acquired in Lachine to get funds for his mission. In 1673, he travelled to France to meet King Louis XIV to ask him for permission of exploring regions around New France, Mexico, and Florida.

In 1677, Rene-Robert Cavelier succeeded in his quest and aspired for more which led him back to France to obtain further permission to explore the western regions of New France and the Mississippi. All these explorations were aimed at finding a route to China via the waters of the Mississippi River.

He went as far as Montreal accompanied by his faithful subjects and soldiers formerly under the command of Henri de Tonti. Together with his men, he was able to build a fort on the Niagara River and also made a ship known as Le Griffon by August 1679. The ship was to be their voyage down the Mississippi waters. However, the mission came to a standstill, when Le Griffon was wrecked in a storm.

In February 1682, Rene-Robert Cavelier began a new expedition down the same river which led to the establishment of Fort Prudhomme at what is presently known as Memphis, Tennessee. In April the same year, they anchored on the Gulf of Mexico, and he renamed it ‘La Louisiane’ after King Louis XIV. He established a military base and made both social and political unions with the natives who dwelt in the upper region of the Mississippi River. He also founded another fort in Illinois which he named St Louis.

Rene-Robert Cavelier embarked on what seemed like his final mission on July 24, 1684, when he went to North America to claim the Gulf of Mexico for France. He set out with a large army of about 300 sailors in four ships. His role was to overturn the Spanish rule based in Mexico. However, their sail was met with adversities including losing one ship to pirates, the second ship sunk while the third made a turn to France and the last one experienced wreckage leaving a few sailors stranded on land.

In October 1686 he led a few men on the expedition to find the Mississippi. The mission turned sour as most men died leaving a few who were also killed in an ambush months later. Robert was also attacked and killed in the ambush on March 19, 1687. He was aged forty-three at the time of his death.