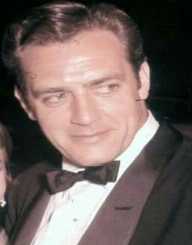 Known for playing the antagonist in the Alfred Hitchcock movie Rear Window, and the character of Perry Mason in the series of the same name, Raymond Burr was an accomplished actor. He won two Emmy awards and several nominations for his portrayal of villainous characters which resonated with the audience. He was voted as #1 on the list of the top TV stars in a villainous role in a Netflix survey.

Raymond Burr was born on May 21, 1917, in British Columbia, New Westminster, Canada. His father William Johnston Burr was a hardware salesman and his mother Minerva Anette was a pianist and music teacher. Burr had multiple ancestries – Irish, English, Scottish, and German.
After his parents separated, he went to live with his mother and other siblings in California. He attended the San Rafael Military School, and later went to the Berkeley High School, from where he graduated.

Raymond Burr was overweight as a child and was picked upon by his schoolmates. In his later life, he invented stories of a happier childhood which he tastefully told to other people.

Raymond Burr became a member of the Civilian Conservation Corps for a year. He then started his acting career as a stage actor and did minor roles in theatre. Due to his bulky figure, usually villainous roles came his way, which he performed with great conviction.

Raymond Burr's first Broadway appearance was in Crazy with the Heat. This play received only moderate success and did not do much to help Burr’s career. However, his performance was praised.

After his first appearance, Raymond Burr did a few more plays including Quiet Wedding, following which he joined the Pasadena Playhouse. In 1944, he played a role in The Duke in Darkness.

From there, Raymond Burr moved on to films. Some of his most popular films include Desperate(1947), Sleep, My Love(1948), Raw Deal, Pitfall, Abandoned, His kind of Woman and Crime of Passion.

Most of these roles featured him as a villain or a character of a much older age than he was in real life. His career highlight, however, was his role as Perry Manson which he played for nine seasons. He won two Emmy awards for the same. Another series that was critically acclaimed with Burr in a significant role was Iron Side.

Raymond Burr received several awards and nominations for his long career. He won two Emmy awards for his role as Perry Mason. The series, Iron Side, earned him six Emmy nominations and two Golden Globe nominations. In 1996, he was listed in the 50 greatest TV stars of All Time. He was also given a star on Canada’s Walk of Fame.

Raymond Burr was a very generous man. He would always donate large sums of money to charity. He also sponsored over 25 children in foster care. He worked for the United Service Organisation.

Raymond Burr married Isabella Ward in 1948. She was once his student at the Pasadena Playhouse. They separated soon after, however, the divorce was finalized in 1952. Burr never remarried. However, he found a partner in Robert Benevides. All his life, Burr’s homosexuality was an open secret, but it garnered much media attention after his death. He left all his property to Benevides in his will. Burr died of kidney cancer on September 12, 1993.