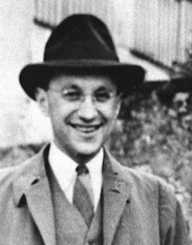 Piero Sraffa was widely known founder of the neo- Ricardian school of economics, it was his book, Production of Commodities using Commodities, which served as a starting point of the new line of thought in economics.

Piero Sraffa was born on 5th of August 1898, in Turin, Italy to a Jewish family from Pisa. He was the only child of father, Angelo Sraffa, and mother, Irma Tivoli.

Piero Sraffa mother came from a matriarchal line. Hence he was attached to his mother. His father Angelo Sraffa was a professor in commercial law, and the family moved to Milan in 1903, to become a dean at the Bocconi University for ten years.

In 1913, as his father Angelo moved to work at Turin University, Piero went to Massimo D’ Azeglio School. He graduated from the school two years later with highest possible marks.

On the advice of his father, Piero Sraffa enrolled to study law at Turin University; he studied under Luigi Einaudi, who was a specialist in financial science.

A year later, Piero Sraffa was drafted into World War I, fighting against Austria. During his military service, he managed to pass university examinations in the faculty of Jurisprudence.

After Piero Sraffa was discharged from the army, Piero went back to finish his studies in 1918.

After debating his graduation thesis, Piero obtained his doctorate of law, with a study on 'Monetary Inflation in Italy During and After the War.'

Following his graduation, Piero Sraffa made a study trip to London School of Economics in 1921. There, he published The Bank Crisis in Italy in the Economic Journal on the request of John Maynard Keynes.

When Piero Sraffa refused Mussolini's request to retract the papers, the leader had him banned from England via Conservative English Government. Piero Sraffa was forced to return to Italy, where he started work as a Director of the Provincial Labor Department in Milan.

In 1924, Piero Sraffa moved to University of Perugia, becoming a Professor of Political Economy. He continued to attack Mussolini’s policies while publishing articles on topics in the economy. During 1927, Piero supplied pen and paper for his friend Antonio Gramsci, who was in prison.

The Prison Notebooks were smuggled out and published, earning the ire of Mussolini. Piero was promptly invited to University of Cambridge as a lecturer in 1928.

During his employment at the University of Cambridge, Piero was part of the Cafeteria Group, which had John Maynard Keynes, Frank Ramsey, and Ludwig Wittgenstein. He was a lecturer on the history of the theory of value and running of German and Italian banking systems.

Piero Sraffa left lecturing to become a Marshall Librarian in 1930, and then he was Assistant Director of Research. Piero had then moved onto Marshallian Theory, before being elected to a fellowship at Trinity College.

When the Second World War broke out, he returned to Cambridge. In 1963, Piero Sraffa was made a Reader in Economics at Cambridge.

While it was Piero Sraffa 1925 article: The Laws of Returns under Competitive Conditions, which caught the attention of the English economists, it was his Production of Commodities using Commodities that caused an uproar and a rift between traditional and neoclassical economics.

Following the publication in 1960, the Neo- Ricardian school of the economy started.

Piero Sraffa was awarded  Söderströmska Gold Medal in 1961, by the Swedish Academy. It was the forerunner of the Sveriges Riksbank Prize, later known as the Nobel Prize.