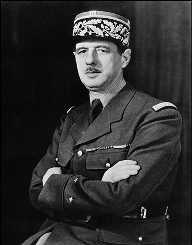 Philippe Pétain was born on April 24, 1856, in Cauchy-à-la-Tour, Pas-de-Calais, France. His father was Omer Venant. He later chose to only go by one of his middle names, Philippe Pétain, and this is how he is best known today.

As a child, Philippe Pétain attended a local public school. Later on, he attended a religious school. In 1876, when he was twenty years old, he enrolled in the Saint Cyr Military Academy. By attending this school, he was also signing up for the French military. Almost a decade later, in 1887, he enrolled in another army-run college, the Ecole Supérieure de Guerre.

Beginning in 1878, while Philippe Pétain was still in the military academy, he began serving in the French army. He served in several battalions and garrisons until 1899. When he first started out in the army, he had a low rank, but by 1900 he had worked his way up the ranks and had become a major. He continued to rise up the ranks in the first decade of the 1900’s, but he wasn’t famous yet.

It wasn’t until World War I that Pétain’s name became famous. He is well-known for his victory at the Battle of the Marine. A year later, he earned control of France’s 11th Army. In 1916, he was able to defeat Germany’s army in Verdun, near one of France’s most important military forts at the time. In 1918, a portion of the French army rebelled, as their leader General Nivelle, was not treated them well. Pétain replaced Nivelle, leading this part of the army. At the end of World War I, Pétain was named a Marshal of France.

After the war, Philippe Pétain continued to work with the military, even though he was old enough to retire at this point. In 1922, he became the inspector general of the army. With this position, he helped to organize war efforts, even though there was no war going on involving France at this time (and they were not in another war until 1939 with World War II).

In 1934, entered into politics, becoming the Minister of War. Later in the same decade, he would also become France’s Ambassador to Spain.

After World War II ended and Philippe Pétain was returned to France, he was accused of treason (as he gave in to the Nazis and did not fight back as much as he could have, and the Nazi takeover of France corrupted the military). He was put on trial for treason, found guilty, and sentenced to death. His sentence was later changed to solitary confinement in a fort on the coast for life.

Military Medal (from Spain, not France)

Philippe Pétain married Eugenie Hardon in 1920. The couple had no children together. The marriage only ended with Pétain’s death.

Philippe Pétain died in solitary confinement on July 23, 1951. He died of old age and was never executed.  He was 95 years old when he passed away. After death, he was buried near the prison where he spent the last of his days.