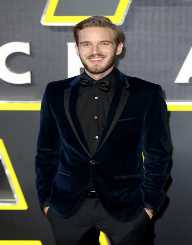 Felix Arvid Ulf Kjellberg was born on October 24, 1989, in Gothenburg, Sweden. His parents were both Chief Executives in companies in Sweden. Kjellenberg also has a sister Fanny. From early childhood, Kjellenberg was interested in art and used to draw video game characters. During school years, he often skipped classes to play video games at Internet cafés with his friends. After graduating from the GöteburgsHögreSamskola, Kjellenberg went on to study at the Chalmers University of Technology. He did not graduate since he left school to focus on his YouTube career.
Besides his interest in drawing, Kjellenberg was also interested in Photoshop and worked on photo manipulation art. He entered several contests in Sweden, and even almost won an apprenticeship with one of the best advertising agencies in Scandinavia.

Kjellenberg registered his account “PewDiePie” in 2010. Since he dropped out of school, his parents refused to support him, and he earned his living by selling his Photoshop art and working at a hot dog stand. At the time, he noticed that there was no big YouTube channel on video gaming and decided to do it. By 2011, his channel had 60,000 subscribers, but in June 2012 the channel reached 1 million subscribers. By September, PewDiePie channel had already 2 million subscribers, and at the end of the year, he signed a contract with Maker Studios.

In 2013, his channel had already 5 million subscribers, which earned him coverage on The New York Times. He won the Starcount Social Stars Award in Singapore for Swedish Social Star and Most Popular Social Show. In August 2013, PewDiePie’s channel became the most subscribed YouTube channel.

In 2014, Marker Studios released a PewDiePie app, allowing the audiences to view his videos and customize their favorite feeds. Kjellenberg announced that he would be scaling down on the number of videos, and disabled the comments section. He continued to interact with his audiences via Twitter and Reddit.

In 2014, Kjellenberg began streaming videos of series BroKen, co-hosted by Kenneth Morrison, another game commentator. At the time his account had already 14 million subscribers with over 4.1 billion video views, the highest ratings on YouTube. In September, his channel became the first in the history of YouTube to eclipse 10 billion video views.

In 2016, Kjellenberg debuted his series The Scare PewDiePie, through the paid service YouTube Red. The same year he launched a second channel under the name Jack septiceye2. The account had only one video but garnered 1.4 million subscribers. By December 2016, his channel had reached 50 million subscribers, breaking yet another YouTube record. After this, Kjellenbergtweeted that he would delete his account. He did not delete his PewDiePie channel, but deleted his joke channel jack septiceye2, for what he received criticism.

In 2017, Kjellenberg began to receive negative criticism on his non-gaming videos, which led to a decrease in his subscribers. He also reviewed a webpage Fiverr, which allows people to sell a service for $5 USD. As a joke, he displayed the message “Death to all Jews” on a sign, to highlight the ridiculous things which can be provided as a paid service. For his stunt, PewDiePie was banned from the website. The Wall Street Journal reported that PewDiePie had nine separate videos that included anti-Semitic jokes or Nazi imagery. Due to the controversy surrounding his content, Maker Studios cut ties with PewDiePie, and his show Scare was also canceled.

PewDiePie channel has had a major influence on the game industry, mainly positively influencing sales effect on indie games. In 2004, Kjellenberg earned $4 million. In 2015, his production company Peddie Productions AB had to earn around $7.5 million. In 2016, Forbes named PewDiePie as the highest-earning YouTuber, with his annual income reaching $15 million.

Kjellenberg has also participated in a marketing campaign for Legendary Pictures film As Above, So Below in 2014. In 2015, he partnered with Mountain Dew to launch fan fiction contest. He has also participated in several charities, like raising money for the St. Jude Children’s Research Hospital. In celebration of 10 million subscribers, Kjellenberg started the Water Campaign charity, allowing his fans to donate money to Charity: Water. In 2016, he hosted Cringemas to help raise money for RED, a charity committed to eliminating HIV/AIDS in Africa. His goal was to reach $100,000, however, with help from Bill & Melinda Gates Foundation, he raised $1.3 million.

In 2015, Kjellenberg released his video game PewDiePie: Legend of the Brofist for iOS and Android devices. The following year, he released another game PewDiePie’s Tuber Simulator. He also wrote a parody of self-help books, titled This Book Loves You.

In 2011, Kjellenberg met fellow YouTuber Marzia Bisognin, also known for her channel CutiePieMarzia. The two began dating, and soon after, PewDiePie moved from his native Sweden to Italy to live together. They shifted between Italy and Sweden, but in 2013 settled in Brighton, Sussex.