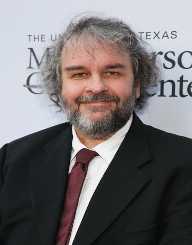 Peter Jackson is a New Zealand-born actor, screenwriter, producer and film director. He is famously known for his remarkable trilogy of Lord of the Rings film. Not to mention he has also produced films like King Kong and District 9 in 2005. Even before fame, Peter showed his prominence, all thanks to his slapsticks comedies. Some of his horror comics include the Heavenly Creatures, for which he received an Academy Award. In the long run, Peter garnered the Best Directing role in 2003. He made his talent professionally in 1987 with the release of one of his best venture titled as ‘Bad Taste.' Other than his career, Jackson love to get involved in not more but many charitable deals.

On October 31, 1961, Peter Jackson was born in a small coastal town in Pukerua Bay, New Zealand. He commenced making films with his school friends in his teenage years. He was lucky to use his father’s Super 8 camera. Even though he didn’t use it for long, he was super excited that he had made a successful trademark. He created significant effects that were made at a low cost. He left school at 17 years old where he tried to embark on the New Zealand film field. Although he was rejected for several times, he was busy with his photoengraving job.

Peter’s dream of becoming a film director didn’t slip away. He saved up, and in the end, he purchased a 16mm camera. That is where he began to shoot short comedies as well as Sci-Fi. Peter short seventy-five-minute video titled as Bad Taste. At 22 years old, Jack returned to his movie-making skill where he focused on changing his life for good. He started like any other newbie with a small budget and using his friends as stars. Fortunately, he was supported by the New Zealand Film Commission where he managed to complete his Bad Taste film. The film turned into a cult classic, and it was later seen at the Cannes film festival. Luckily he received positive acclaims which encouraged him to work more.

Jackson’s next project was titled as Meet the Feeble, which was a depiction of an adult puppet trait. He followed it up with Braindead which in the end he received 16 science fiction award.He later wrote, directed and launched the Heavenly Creature in 1994 which garnered him his first Academy Award recognition and a Silver Lion. He rose to fame with The Frighteners that starred Michael Fox.

Peter opted to take an extended period of a break after coming back immensely. He took in the unspeakable Lord of the Rings trilogy. He made history by filming the mentioned trilogy novel back to back in one years’ time. After the release of the first series in 2001, Peter received amicable recognition both in the Golden Globe and as the Best Director. He also earned a spot on the Academy Awards membership for Best Adapted Screenplay. Several Oscar followed with an escort of another Golden Globe.

After a long wait for the remaining episode of The Lord of the Rings film, Jackson returned in 2004. For his good work and trust from his fans, he won another Golden Globe for being the Best Director. He proved that nothing was impossible when the trilogy swept the Oscars by receiving 11 awards including the Best Picture as the first fantasy film. It was the third film to win 11 awards in Oscar history.

Peter Jackson did it again in 2012 when he launched The Hobbit; An Unexpected Journey trilogy. He was quite in doubt at first since he thought that fans would compare his previous film with the current one. He comfortably gave in when the chosen director Guillermo Del Toro opted out of the project. In 2013 and 2014 Peter managed to release the two installments-The Hobbit; There and Back Again as well as The Hobbit; The Desolation of Smaug.

Peter Jackson tied the wedlock knot with Fran Walsh, a professional writer. The couple has two children Billy and Kate. Jackson’s family also had their share in his directive films. He also loves humanitarian work starting from supporting the defense fund, saving Wellington church from demolition as well as giving donations to others. He also chairs the ‘14-18’ Aviation Heritage Trust.