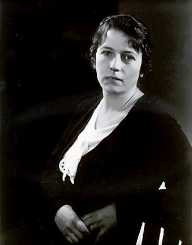 Pearl S. Buck was an American writer who based most of her stories on highlighting and bridging the cultural differences between America and the Far East.

Pearl Sydenstricker Buck was born on June 26, 1892, in West Virginia. Her parents, Absalom and Caroline Sydenstricker were missionaries who had been working in China. After her birth, her devout parents returned with her to China. She was five months old. Her parents had seven children, only three made it past childhood. The rest died of tropical diseases in China.

Her initial education was home-based. Pearl S. Buck was taught English and classical Chinese by her mother and a hired tutor. After staying in Nanking and Shanghai, Buck left for America. She enrolled for studies at Randolph-Macon Woman’s College. She graduated in 1914 top of her class in Arts. After college, she joined her parents in the missionary work in China.

Pearl S. Buck left the missionary ministry and went into teaching. From 1920 she was based in Nanking. She devoted her time to teach English in two institutions. These were the University of Nanking and the National Central University.

She returned to America in 1924 for her master degree at Cornell University. The following year, Buck was back in China. Her stay was brief. In 1927 she was forced to flee to Japan during the political turmoil in China. She returned in 1928.

With the constant political disturbances in China, western missionaries became a natural target for the Chinese. Due to the financial constraints, Pearl S. Buck went into writing for a living. In 1933, she resigned from missionary work; Buck left China for the US. That year she earned another master degree from Yale University.

Her first novel, The Good Earth, was published in 1931 in America. Two years later, she released another novel, Sons. In 1935, she did her third novel A House Divided. The three books came to be known as The House of Earth series. Her other 1930s novels were this Proud Heart and The Patriot. From 1940 to 1949, Buck did several novels.

Some of the novels were Other Gods, China Sky, Of Men and Women, Twenty-Seven Stories, and Far and Near. In all these novels, her theme was the same. She used her insight into Chinese culture to help the ignorant American public understand the Asian world.

She also published The Child Who Never Grew in 1950. In this, she relived her journey of bringing up her mentally sick daughter Carol. Buck continued to defy her age and deteriorating health. Many other novels were published under her name until the 1970s.

Pearl S. Buck was feted in 1932 by winning the Pulitzer Award, for her book The Good Earth. The novel was later produced in a big screen film in the US. Another of her novel China Sky was also adapted into a movie.

In 1938, Pearl S. Buck became the first American woman to win a literacy award at the Nobel Peace Prize Awards. The Chinese people turned her former home in Nanking into a library museum. It goes by Buck’s Chinese name Sai Zhenzhu Memorial House. In 1983, a postal stamp was released to remember her in the US.

In 1917, Pearl S. Buck got married to John Buck in China. The couple divorced in 1935. They had a daughter called Carol. Pearl, however, retained her first husband's name for the rest of her life.

That same year, she got married to Richard Walsh. With Walsh, Buck never had any biological children. They, however, adopted six children, most of them Asian Americans.

When not in the publishing house, Buck was an active women’s rights crusader.

Pearl Buck died of lung cancer on March 6, 1973, in Vermont, USA. She was 80 years old. Despite her first disturbing stay in a foreign country and culture, Buck positively embraced every detail of her Chinese upbringing. She later used it not only to earn a living but also bridge the wide gap between the two cultures.

Her experience as a western child in China made her start a foundation. The foundation started with helping the Asian children fathered by American military personnel in Asia. Later, it was turned into an adoption agency for the children and other disadvantaged children in American society.