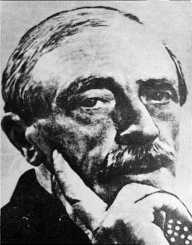 Ambroise Paul Toussaint Jules Valéry was an eminent French Poet, Essayist, and Philosopher. Apart from this, he was also an author of fiction (drama and dialogues), art, history, letters, music as well as current affairs. He was nominated for Nobel Prize in literature in 12 different years. Paul Valéry was a man of diverse interests. His keen interest in numerous fields and his far-reaching knowledge was the reason behind his nomenclature as a Polymath. But still, he is best-known as a poet and often considered as the last of the French Symbolists.

Paul Valéry was born on October 30, 1871, in Séte, a town on the Mediterranean coast of the Hérault. His father, Barthélémy Valéry was a Corsican Customs Officer and mother, and Fanny Grassi was of Genoese-Istrian origin. Montpellier, a nearby urban locality was the place he was brought up at and received a traditional Roman Catholic Education. He studied law at University level after the initial education. He resided in Paris for a considerably extended period of his life. During his stay in Paris, he was associated with the circle of Stéphane Mallarmé for a while. Though he started writing in the mid-twenties, recognition mostly eluded him.

During a massive storm on the night of 4 October 1892, Paul Valéry endured an existential crisis. The impact of the crisis was so severe that Valéry stopped writing altogether from 1898. He did not write a single word for the next 20 years. The death of his mentor Stéphane Mallarmé was also one of the reasons behind this long hiatus. In 1917, at the age of forty-six, he finally came out with his famous book ‘La Jeune Parque’ breaking the ‘great silence.’

Paul Valéry used to work as a private secretary of Edouard Lebey, a former chief executive of the Havas News Agency. Edouard Lebey passed away after suffering from Parkinson’s Disease. Before serving under Edouard, Valéry was earning a livelihood working in the Ministry of War. After assuming the charge of the comparatively flexible position of assistant to the increasingly-impaired Lebey, Valéry served at the job for twenty long years. In 1920, after the passing away of Edouard Lebey, Valéry took to writing as a full-time professional career.

Paul Valéry wrote some greatest poems of his literary career during and after his secretaryship under Edouard Lebey. The first and foremost among them was ‘La Jeune Parque’ (‘The Young Fate’) which was published in the year 1917. It was followed by ‘Album de vers anciens’ (1920),  ‘Charmes Ou Poemes’ (1922) and  ‘Le Cimetière marin’ (‘The Graveyard by the Sea’). He wrote several essays on literary themes and also took a profound interest in scientific discoveries and political problems in his later life.

In 1925, Valéry got elected to the Académie française. He started giving public speeches and had an immediate impact on the public mind. He was assigned the task of touring Europe and delivering lectures on various social and cultural issues. At the same time, he was offered several important official positions by the admiring French Government after ascertaining his clout and influence among the masses. He represented France on cultural matters at the League of Nations and also participated in its numerous committees.

In 1931, Paul Valéry founded the College International de Cannes. It is a private institution, and its course contains French Language and Civilization. The college is functional even today catering to the needs of both native and international students. In 1932, he gave the keynote address at the German National Celebration of the 100th anniversary of the death of Johann Wolfgang von Goethe. It was indeed a fitting tribute to the persona of Goethe as Valéry shared Goethe’s fascination with science subjects; particularly biology and optics.

Paul Valéry was an active member of the Académie française. Besides he was also a member of the Academy of Sciences of Lisbon, and of the Front national des Ecrivains. In 1937 he was made the Chief Executive of an Institution later known as the University of Nice. Valéry was also the inaugural holder of the chair of poetics at the College de France.

During the World War II, Paul Valéry was stripped of his various official positions by the Vichy regime as he was opposed to the administration and the German invention and quietly refused to collaborate with them. But he remained fully active with the French Cultural Life mainly as one of the important members of the Academie Francaise. He continued to come up with various publications and was an agile and active participant of the cultural life of France throughout the troubled times of the Vichy regime.

Prix Blumenthal is a grant awarded to young painters, sculptors, decorators, engravers, writers, and musicians of France by an organization called Florence Meyer Blumenthal between 1919 to 1954. Paul Valéry was nominated as its Juror for selecting the recipients of the honor.

Paul Valéry married Jeannie Gobillard, a friend of Stéphane Mallarmé’s family in 1900. She was also a niece of the painter Berthe Morisot. It was a double delight as the bride’s cousin; Morisot’s daughter Julie Manet also married the painter Ernest Rouart the same day. Claude, Agathe, and Francois are the three children Valéry and Jeannie had together.

Paul Valéry died on July 20, 1945, in Paris. He was entombed in a cemetery in Séte, his birthplace. This cemetery was mentioned and celebrated in his famous poem Le Cimetière marin (The Graveyard by the Sea).