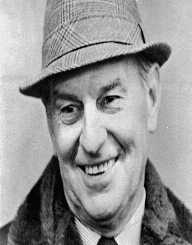 Paul Brown was born to Lester and Ida Brown. His father worked for the railroad. Paul Brown was born in Norwalk, but at the age of nine, his family moved Massillon. Massillon was a working-class town, predominantly working in steel and shipping. When it came to football, the town of Massillon was obsessed. They ardently followed both their professional football teams as well as their high school teams. Their closest rivals were from Canton, another town not far away. At the time, Canton was a larger and wealthier town, which would have caused even further rivalry with the working-class town of Massillon.

In the 1920s, the professional teams went under and folded, which opened center stage up for the high school teams.

Paul Brown began at Massillon Washington High School in 1922. He was quite a slight youth, weighing less than 150 pounds, so football wasn’t his first option as a sport. Whilst concentrating on the pole vault, the football coach, Dave Stewart, noticed the effort and determination that Brown put into his exercise, and offered for him to join the football team.

During his time at Miami, Brown led the team to a new record – 14 wins, 3 losses.

Brown considered studying history on a Rhodes Scholarship, but instead moved into his career, and started his first job.

In 1930, Brown was hired by a private school, Severn Prep School, based in Maryland, as their coach. He was given the job on the recommendation of Dave Stewart. He coached successfully at Severn for two years.

In 1932, Brown returned to Massillon and took on the role of coaching the team he used to play for. His old coach, Stewart, had departed six years earlier, and the team had become second-rate at best.

Brown’s style of coaching was strict, but it paid dividends. The team improved each season, until, in the fourth year they went through the season undefeated. Over the next five years, Brown’s team lost only one game. This was an extraordinary feat for a coach.

Brown coached Massillon until 1941 when he was offered the position of coach at Ohio State University. There were some who were skeptical that a coach so young could handle college football, but Brown accepted the position. He was coach of the team that he couldn’t get in to as a student.

In 1942, the first AP Poll showed Ohio State was ranked the best in the country. It was the first time they had held the position. Brown had an unsuccessful season in 1943, but it was due to the military draft and not having access to players that he normally would have had.

In 1944, Brown was commissioned into the U.S. Navy as a lieutenant. He became head coach of the football team at one of the naval training bases just outside of Chicago.

A new league was created to compete against the National Football League (NFL) in 1945, once the war was over. Brown was invited to become coach of the Cleveland franchise, which he accepted.

In 1963, Brown was fired from his position during a power struggle with the owner of the team. He moved on, and in 1968, Brown co-founded the Bengals. He was also the coach.

Brown retired in 1975, but he stayed on as team president of the Bengals until he died in 1991.

Amongst other inventions and innovations, Brown was crucial in breaking down the barriers when it came to race and color. He brought some of the first African-Americans in to play pro football.

In 1930, Paul Brown married Katie Kester, who he had met in high school. They had three sons, Robin, Mike and Pete. Katie died in 1969.

In 1973, Brown married Mary Rightsell, who had previously been his secretary.

When Paul Brown died, his son Mike took over as team president for the Bengals.

In 2000, the Cincinnati Bengals named their home stadium “Paul Brown Stadium” in honor of Paul Brown.