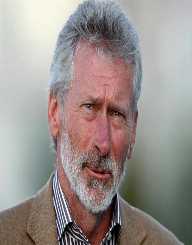 Paul Breitner was born on September 5, 1951, in Kolbermoor, Bavaria. He began his career as a free-roaming let back and during his career moved to midfield, becoming one of the best midfielders in the 1980s. His first success was in 1972 when he was a part of German European Championship Team who won the championship that year. In 1974, Breitner won the FIFA World Cup. During the final game in Munich against the Netherlands, Breitner scored the first goal for Germany in a penalty kick. He became one of only four footballers to score in two different World Cup final matches, the second being during the World Cup final in 1982 against Italy.

Breitner had a very revolutionary attitude for voicing his strong opinions about social and political issues. He once brought Mao Zedong’s “little red book” to his training. In 1982, he received criticism when a German cosmetics company paid him the scandalously high amount of 150, 000 Deutsche Mark to shave off his full bear and use the company’s fragrance in an advertisement. He also received a lot of fury from his German fans after moving to Real Madrid. Breitner retired as a player in 1983.