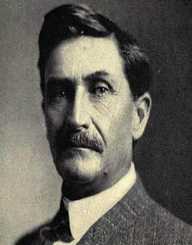 American Old West Lawman, customs agent, and bartender Patrick Floyd Jarvis Garrett was born on June 5, 1850, in Chambers County, Alabama, United States of America. He was born as the second child among the five children of his parents, father John Lumpkin Garrett and mother, Elizabeth Ann Jarvis. His family relocated to Claiborne Parish, Louisiana after purchasing a plantation there. Garrett along with his four siblings was raised in their newly adopted home from the age of 3 to his late teens.

The Civil War during this period and its consequences thereof left the Garrett family in a financially precarious position. His mother died in 1867 at the age of 37 and his father also soon followed suit within the next one year. Orphaned and devastated, Garrett found no credible point to continue to stay around their debt-ridden plantation and moved towards the west for greener pastures. On his way to seek better fortune, he briefly stopped at Dallas County, Texas and worked there as a cowboy and gunman in a ranch.

Soon, he proceeded to the southern plains to hunt buffalos. He did admirably well as a buffalo hunter for a while being a prolific sharpshooter. However, he got involved in a dispute with a fellow buffalo hunter which resulted in a violent clash. Garrett shot the person dead as a result of that violence which virtually ended his nascent buffalo hunting career. He did not face any prosecution on account of that murder.

After the sudden and premature end of his buffalo hunting career, Pat Garrett left Texas in 1878 and arrived at the New Mexico Territory of the United States. Upon his arrival at Fort Sumner, New Mexico, Garrett started to work as a cowboy at the ranch of Pedro Menard Maxwell. After working there for around a year, he switched over to bartending. His work as a bartender in a saloon gave him exposure to gambling. He gleefully grabbed the opportunity and soon became a regular at the gambling tables of the saloon.

In 1880, finally, the moment of reckoning for Pat Garrett came through when he was elected sheriff of Lincoln County, New Mexico. He defeated the incumbent Sheriff George Kimball and convinced Kimball to immediately appoint him as Kimball’s deputy before his tenure as Sheriff started on January 1, 1881. He did it to help capture his once gambling partner turned a fugitive outlaw William Bonney (Billy the Kid).

Garrett spent a few months chasing Billy the Kid in hot pursuit. Though initially unsuccessful, he finally was able to capture him along with his gang members during December 1880. After a brief trial, Billy was sentenced to death by hanging on the charges of murder on April 15, 1881. Billy managed to escape the gallows as he fled from his prison ward thirteen days after the sentencing.

Pat Garrett had to embark upon a journey once again for chasing the fugitive. He found the outlaw staying with a mutual friend soon afterwards. He went to the house where Billy was staying around midnight of July 14, 1881, and shot him when confronted. The killing of Billy, the Kid, catapulted Garrett to a celebrity status as the outlaw was an infamous criminal whom people feared the most.

Some writers tried to cash in on the murder of Billy the Kid projecting him as a folk hero and published books and articles in this regard. Upon noticing the trend, Pat Garrett wrote a book himself narrating the true story of the murdered outlaw and successfully countered the mushrooming of such malicious publications. The book was named ‘The Authentic Life of Billy, the Kid’ and was co-written by Garrett and his friend Marshall Ashmun Upson.

Garrett came back to Texas after the conclusion of his tenure as Sheriff of Lincoln County. On March 10, 1884, he was appointed as a lieutenant in the Texas Rangers. He resigned from the post within a year and moved over to his ranch near Roswell, New Mexico. In 1897, he was elected Sheriff of Dona Ana County, New Mexico after unsuccessfully venturing into different business modules including an ambitious irrigation project. In 1900, he resigned from the post.

He was appointed the Collector of Customs in El Paso, Texas by the then U.S. President Theodore Roosevelt. However, Garrett resigned in 1906 on the face of a spate of complaints and allegations about his lack of qualifications and character.

Pat Garrett married Juanita Gutierrez in and around 1878 who died within one year of their marriage while giving birth to their child. He married her sister Apolinaria Gutierrez on January 14, 1880. The couple together had eight children.

He was shot dead by a rancher named Carl Adamson on February 29, 1908, after a land dispute surfaced between Garrett and a man named Jesse Wayne Brazel.