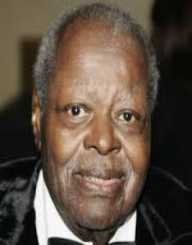 Jazz pianist and composer Oscar Peterson was born to immigrant West Indian parents in Montreal, Canada on the 15 August 1925. His father Daniel Peterson was gifted musically and played the piano and trumpet, and his mother was Olivier John.

He had four siblings. Peterson grew up in the area of Little Burgundy in Montreal where he was exposed to jazz music. His father, as well as his sister Daisy, taught him to play classical piano.

Oscar Peterson studied piano with Paul de Marky, a Hungarian born pianist who had been taught by Istvan Thomas, a pupil of Franz List.

At age 14, Oscar Peterson won a talent concert. He subsequently was offered work on a Montreal radio show, and this led to a position in the Johnny Holmes Orchestra. Between 1945 and 1949, he recorded with Victor in Montreal.

He initially favored the boogie-woogie style then later, influenced by Nat King Cole, he adopted the swing style. He was also interested in rag-time jazz. Granz saw Peterson playing in 1949 and asked him to guest at a Jazz at the Philarmonic concert.

Oscar Peterson began recording in 1950. He participated in various duets and had a hit with Tenderly. By the early 1950s, Peterson was becoming well known, and around this time he was in a trio with Ray Brown on bass and Barney Kessel on guitar. After Kessel left the trio, he was replaced with Herb Ellis, and the band became known as the Peterson-Ellis-Brown trio.

Between 1960 and 1963, Oscar Peterson ran the Advanced School of Contemporary Music in Toronto. In 1968, he recorded his first piano solos. In the early 1970s, he appeared on the Pablo label with various artists including five duet albums with trumpeters Roy Eldridge, Harry Edison, Clark Terry, John Faddis, and Dizzy Gillespie. He also recorded with Count Basie.

Oscar Peterson continued composing, playing and recording including a reunion with Ray Brown and Herb Ellis in 1990 which produced four albums. Health problems, due to a stroke in 1993, led to a reduction in his activity but he continued playing jazz and improvising, as he had always done.

He won numerous other awards including the Order of Canada: Officer (1972) and Companion (1984);  he was inducted into the Canadian Music Hall of Fame (1978), the Martin Luther King Jr. Achievement Award (1986), the Toronto Arts Award for Lifetime Achievement (1991) the International Society for Performing Artists Award (1995).

He is also represented on the Canadian Walk of Fame (2013) as well as the Canadian Jazz and Blues Hall of Fame. European awards include a BBC Radio Lifetime Achievement Award and the Order des Arts et des Lettres of France. One of the foremost performing arts halls at Concordia University Montreal is named in his honor.