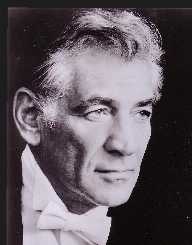 Lyricist and theatrical producer Oscar Hammerstein II was born into a theatrical family in New York City on the 12 July 1895. His father died when he was 19.

Hammerstein obtained a degree at Columbia University (1912-1916) and then enrolled at Columbia Law School (1916-1917). During his time at university, he was involved in writing and acting with the Varsity Show.

After the death of his father, Hammerstein decided to leave law school and work in theatre. Initially, he worked with Otto Harbach as an apprentice, and this led to his first musical Always You which opened on Broadway in 1920. He also collaborated with Jerome Kern and together they had a hit show with Show Boat (1927). Show Boat became a classic and produced the song evergreen classic Ol’ Man River.

The Oscar Hammerstein II-Kern collaboration included Three Sisters, Sweet Adeline, and Music in the Air. Hammerstein also worked with Vincent Youmans, Sigmund Romberg, and Rudolf Frimi. His most famous collaboration was with Richards Rogers. Their first success was with the musical Oklahoma (1943) which was based on the play Green Grow the Lilacs. The pair went on to produce such classics as The King and I (1951),  Carousel (1945), South Pacific (1949)  Pipe Dream, State Fair, Allegro and The Sound of Music (1959).

The recording industry of America cited some musicals Oscar Hammerstein II collaborated on their Songs of the Century list. These included The Sound of Music (No.38), Oklahoma (No.66), The King and I (No. 249) and Show Boat (No.312).

Over the course of his career won numerous awards and accolades including two Academy Awards (for two songs: The Last Time I Saw Paris (1941) and It Might as Well Be Spring (1945).  He also won eight Tony Awards and his collaboration with Rogers won the pair The Hundred Year Association of New York’s Gold Medal Award (1950).

The Oscar Hammerstein II Center for Theater at Columbia University is named in his honor, and he was inducted into the American Theater Hall of Fame.

Hammerstein's first wife was Myra Finn (m.1917 until 1929), and they had two children, Alice and William. He then married Dorothy Jacobson, and they had a son James. He also had a stepdaughter Susan, Dorothy's daughter, who was the third wife of actor Henry Fonda.

Hammerstein died of stomach cancer on the 23 August 1960

His centenary was celebrated worldwide in 1995, and his work continues to be famous.