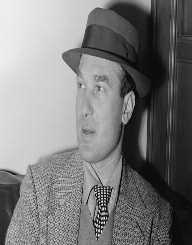 Norman Granz was born on August 6th, in 1918. He was a celebrated music promoter and a successful entrepreneur. He earned his fame for founding the record label called Verve. Other record labels that he founded include Down Home, Clef, Pablo and Norgran.

Norman Granz was born on August 6th, in 1918. His native home was in Los Angeles, California. He was born to immigrant parents. Right after completing his education, he went ahead and worked as a stock clerk.

During the Second World War, he was forcefully drafted to join the U.S. Army. Granz served in the department that was charged with entertaining troops.

After that, he garnered public attention after organizing several jam sessions hosted at Trouville Club situated in Los Angeles. He continued with his performances and expanded shortly after. His concert was called “Jazz at the Philharmonic.” Initially, Granz had borrowed around $300 to organize the concert.

The concert’s name was later changed to JATP. Together with his team, Granz made several tours winning over a huge fan base. Later, in 1948, he entered into a contract with Mercury Records. This was a deal that would aid in the distribution and promotion of JATP recordings and several other works.

After the termination of the contract, Granz went ahead and founded record labels such as Clef Records in 1946, Norgran Records in 1953, and Down Home Records.

There are a number of recordings that earned Granz wide fame. Some of the individuals that signed with his record labels include Louis Armstrong, Benny Carter, Roy Eldridge, Stan Getz, Lionel Hampton, and several others.

Granz was a strong champion of anti-racism. During his career, he helped many black artists to ward off racial challenges that affected them. In 1955, for example, he worked to remove seat labels in concerts that would have separated whites from blacks.

Norman Granz passed away on November 22nd, in 2001. He was 83 years old when he passed away in Geneva, Switzerland.