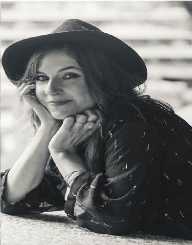 Nikki Williams was born on November 9, 1988. When Nikki was 16 years old, her parents relocated to the United States due to the raging post-apartheid violence and crime engulfing her hometown day by day. They first moved to Los Angeles, USA and stayed there for about seven months. After that, her parents went to Nashville, Tennessee. Shortly after moving to Nashville, Nikki got the shock of her life when her parents divorced each other. Her two elder sisters went back to South Africa with their father to stay with him.

Nikki and her younger sister Jade Williams stayed back at Nashville to be with their mother, Mandy Morgan (Williams before divorce). But the split in her family and the relocation coupled with the alien environment of their latest abode had a significant impact on her. She took a long time to adjust to the local culture and customs. She quickly converted to a teenage social rebel hanging out with the wrong crowd. Her rebellious behaviour exposed her to the bohemian lifestyle of pop-rock singers of that time. With a most punk looking appearance, she also started going out to bars.

Nikki Williams relocated herself to Los Angeles at the age of 21. There she met Breyon Prescott, a record producer. She signed a contract with Prescott’s Chameleon Entertainment (a joint venture with the Island Def Jam Music Group). Working under the guidance of Prescot and Aaron Phillips, she improved her singing significantly and soon arrived in the pop-rock scene with a sensual and seductive voice, capable of capturing and alluring a million hearts at a time.

Nikki came into prominence by co-writing the song ‘Fly Again,’ and it was featured in the soundtrack album of the 2010 movie ‘Country Strong.’ In 2011, American Idol finalist Laura Alaina made her famous by singing the song ‘Like My Mother Does’ which was co-written by Nikki. In November 2012, her debut single ‘Kill, Fuck, Marry’ was published. It was produced by Stargate and was co-written by Sia Furler. The track instantly captured the imagination of the American Youths due to its soul-stirring rendition and quickly became a commercial success.

Nikki Williams' second single ‘Glowing’ was released in December 2012. It was a foot tapping dance number she co-wrote with many other contemporary lyricists. It also showed the power of her vocal cord. ‘Thank God It’s Friday’, her third single was released in November 2013 along with its lyric video. It was a track which hits the bulls-eye among the party poppers.

Demi Lovato’s ‘Heart Attack’ is also included in her list of credits. The album ‘Demi’ sold 2,15,000 copies in the first week itself.

Nikki is working on her debut album for quite some time now. It is yet to be released.

Nikki Williams married Weston Cage, son of Hollywood actor Nicholas Cage on 24 April 2011. The marriage was solemnized in New Orleans. Cage filed for divorce within six months of their marriage which got the legal sanction only in June 2013.