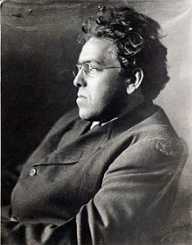 N.C. Wyeth was an American painter who became a patriarch of the Wyeth painting clan.

Newell Convers Wyeth was born on 22nd of October, 1882. His parents were of mixed European ancestry. His father was English, while his mother was of Swiss origin. Wyeth was born and raised on their farm in Needham Massachusetts. He was the firstborn in a family of four siblings.

He grew up torn between his two parents. His father encouraged him to be more scientific and practical while his mother inspired him to follow his artistic lifestyle. He followed his father’s advice and enrolled to learn at the Mechanic Arts High School. He majored in sketch drafting. Wyeth eventually transferred to study arts at the Massachusetts Normal Arts School. Wyeth became estranged for a while for his decision to leave the mechanical school. He graduated in 1901.

In 1902 he enrolled to study painting at the Howard Pyle School of Arts in Delaware. Wyeth became an astute student learning the art style of his tutor Howard Pyle. Pyle emphasized that a painter worked best if he became part of the painting. He taught that the sentimental touch of the painter brought life to the illustrations painted. After his stay at Pyle School, he advanced his studies at the Eric Pape School of Arts. Here, he learned more about illustrations.

Soon after his graduation, Wyeth got his painting illustration published in the Saturday Evening Post. He was elated. From 1904 to 1906, he traveled to the west of the US. He internalized the landscape and cultures of the region in his mind. He started painting illustrations of what he had seen during the westward trips. Wyeth did most of his paintings about the Native American life, and their sentimental attachment to nature. He also did other illustrations on western cowboy life.

Wyeth got much acclaim for his work. By the end of 1907, barely a year since he started painting, Wyeth was on several magazines. His work had been published on the Outing Magazine, which hailed him as America’s best outdoor illustrator. Other magazines also featured his paintings. These were Scribner’s, Century, and Ladies Home Journal.

Wyeth was commissioned to paint illustration murals churches in the US. His most famous is the painting Jesus Christ welcoming his followers to the heavenly abode. The painting was delivered to the National Cathedral in the capital Washington D.C.

As the years went by, he became a muralist. He was paid well for the services of painting the large illustrations. Wyeth did several murals for a wide range of clientele. His most famous and largest is in New York. In 1940 he got a mural job from the Metropolitan Life Insurance Company. It covered the entire wall building of the company headquarters. Wyeth was paid for painting advertisement billboards for American Tobacco Company, the soft drink company Coca Cola, and Aunt Jemima. He got work for the production of home and office calendars for other American insurance and financial institutions.

He had a unique style of painting that envisaged the philosophy of his earlier tutor Howard Pyle. Wyeth used light and deep strokes; various color illustrations to produce captivating real-life illustrations.

Wyeth was recognized for his artistic work by some institutions. He was bestowed an honorary degree by the Bowdoin College. He was a board member of fine arts organizations like the National academy the Philadelphia Arts Alliance, the Philadelphia Water Color cub among others.

Wyeth was married to Carolyn Bockius from 1906 until his death. The coup got five children in their union.

Wyeth died in a road accident in 1945, shortly after being honored by the Bowdoin College. He was with his grandson in the fatal accident in Chadds Ford, Pennsylvania. The accident involving their car and a cargo train claimed both Wyeth and his grandson.

Wyeth was a hardworking and gifted painter. His family followed in his path creating the most iconic artistic family in the US. The young boy defied his father and listened to his mother and maternal grandmother to pursue painting. By the time of his death, Wyeth had created three generations of painters in the Wyeth family. All his children and grandchildren were either amateur or professional painters.