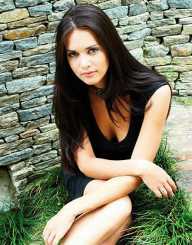 Monica Spear was born on October 1st, in 1984. She is a former Venezuelan actress and a model who was the winner of Miss Venezuela in 2004. In addition to this, she represented her country in 2005 during the Miss Universe where she was ranked as the 4th.

Mónica Spear Mootz was born on October 1st, 1984. Her place of birth was in Maracaibo in Venezuela. She was the daughter of Ingeborg Mootz Gotera and Rafael Spear Tudares. Her family later moved to Orlando in Florida. This was after her mother had retired from working on one of the oil companies in Venezuela. After that, Spear began her high school education when the family lived in the US. In 2003, she earned her first associate’s degree while studying at the Seminole Community College. A year later, she got her degree from the University of Central Florida.

With the theatre degree that Monica Spear had acquired from the University of Central Florida, Spear initially tried her luck in modeling. In 2004, she returned to her native country where she contested at the Miss Venezuela 2004. She emerged as the winner of the competition thereby becoming Miss Venezuela 2004. This meant that she would be representing her nation in Miss Universe in the following year.

While competing in the Miss Universe 2005, Spear successfully managed to land at the top 15. This was a ranking that the former Miss Venezuela, Ana Karina had failed to attain. During the evening gown competitions, she emerged among the top 5 but was later ranked at the fourth place owning to her failure in answering one of the questions that Miss Mexico had directed to her.

In 2008, Monica Spear got married to Thomas Henry Berry. A year later, the two welcomed their first born girl child. However, the pair went separate ways in 2012.

Both Spear and her ex-husband were quite unfortunate on January 6th, 2014 as they were both shot dead following a robbery attempt. Before death, the two were waiting to be assisted after their car had broken down. During the sad event, their young daughter was shot in her leg and left her injured. Their daughter survived these injuries, and she went to live with her grandparents.