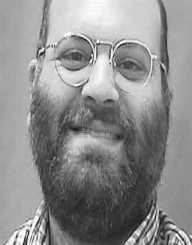 Michael King was born on 15th December 1945, to Commander Lewis and Eleanor King. He was born in Wellington, New Zealand, and was one of four children. Michael King received his education at Sacred Heart College in Auckland, and also St. Patrick’s College in Silverstream. He later went to Victoria University of Wellington, where he studied history. He graduated in 1967 with his Bachelor of Arts and received his Masters in 1968 from the University of Waikato. King later did his Ph.D. at Waikato in 1978.

When Michael King graduated with his degree from Victoria University, he then went to work as a journalist and found himself a position at the Waikato Times newspaper. The newspaper was located in Hamilton, and he started in 1968. King dedicated himself over the years to learning and writing about the history of New Zealand, particularly from the indigenous point of view. King was not a Maori himself; he was a Pakeha.

Michael King was renowned, though, for his knowledge of Maori culture. He was also a strong advocate for the Pakeha to have the same right as Maoris in being called indigenous. He disagreed with claims that a spiritual connection to the land could only be felt by the Maoris. Between 1975 and 2003, King wrote or co-wrote over 35 books, all on the topic of New Zealand. He wrote such books as Being Maori – John Rangihau (1981), Death of the Rainbow Warrior (1986), and Pakeha: The quest for identity in New Zealand (1991). As well as his own books, King made contributions to all five volumes of the Dictionary of New Zealand Biography.

Michael King was Visiting Professor of New Zealand Studies at Georgetown University, located in Washington, D.C. (United States). There were also six other universities that he either taught at or held fellowships at. After King died, an essay on John Money was published posthumously.

Michael King’s major work was The Penguin History of New Zealand, published in 2003. By early 2004, it was in its seventh edition.

Michael King married Ros Henry in 1967. They had two children, Jonathan, and Rachael. Both children went on to become successes in their own right – Jonathan as a filmmaker, and Rachael as a novelist.

Michael King married for the second time in 1987. He married Maria Jungowska, who was an editor for a book publishing company.

In 2004, Michael King and his wife were killed in a car accident. The cause was never established, although speed was ruled out.