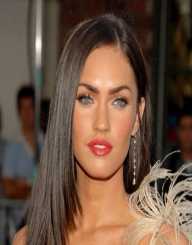 Megan Fox was born on May 16, 1986, in Oak Ridge, Tennessee, USA. Her parents are Darlene and Franklin Fox. She has one sister, Kristi. Her parents divorced when Megan was young, and her mother remarried to a man named Tony Tonachio. For the most part, Megan and her sister were then raised by their mother and stepfather.

Megan Fox knew she wanted to be a star ever since she was a young girl. In fact, she began to take lessons in both dancing and acting when she was in elementary school. Her family moved around a lot. She lived in Tennessee for a while, where Megan Fox attended a Catholic school (even though her family was not Catholic). When she was 10, her family moved to Florida. She continued studying dance and acting there. She tested out of high school when she was 17 to pursue her stardom full time.

Megan Fox began to model with she was a teenager, at 13 years old. She continues to model to this day, and she even modeled while she was pregnant with her son, Noah. She has modeled for Armani and The Sharper Image. She has modeled in casual clothing, designer dresses, and skimpy lingerie. Megan Fox has also modeled with items, including iPads and other electronics. Around the world, her modeling career has made me a sex symbol. Many women aspire to look just like her.

Megan Fox began acting when she was only 15 years old in the 2001 movie, Holiday in the Sun. She first started out as side characters in shows like Two and a Half Men and Hope & Faith. She also had small roles in movies like Confessions of a Teenage Drama Queen. It was not until the mid-2000’s that she began to be well-known. Some of her most famous movies are listed below.

How to Lose Friends and Alienate People

It was her role in the Transformers movies that brought her the most fame and secured her status as a sex symbol. However, rumors of scandal and sexism on the set of the films caused her to leave the series, which is why her character did not appear in the third, or any later, Transformers movies. Her role in the Teenage Mutant Ninja Turtles movies also added to her fame, as well as making her a popular actress among children.

Throughout Megan Fox’s short acting career, and longer modeling career, Megan Fox has won seven acting awards and has been nominated for 21 others. Some of her awards are listed below.

Golden Schmoes Award for Best T&A of the Year (Transformers)

SFX Award for Best Actress (Transformers: Revenge of the Fallen)

Megan Fox married Brian Green in 2010. Since then, the couple has had three children, all sons: Noah, Bodhi, and Journey. She is also the stepmother to Brian Green’s son, Kassius, from a previous relationship with Vanessa Giovinazzo. Rumors of marital problems and separation have been mentioned, but if they were true, the couple has made up, as they are still married (as of 2017).