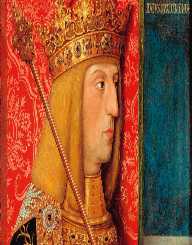 Maximilian, I was born on March 22nd, in 1459. He was a celebrated king of the Romans from 1486. He was crowned the Holy Roman Emperor from 1493, a post he held to his death. His father, Frederick III was also a Holy Roman Emperor. During the last ten years as his father reigned, he jointly ruled with him.

Maximilian, I was born on March 22nd, 1459. His birthplace was in Wiener Neustadt. Growing up, Maximilian I loved hunting for birds in the wild.

Maximilian, I was brought up in a family that was mostly involved in trying to gain more power and expanding their territory. In line with such family goals, Maximilian I was obliged to wed Mary of Burgundy. This was a move that would help in reducing the conflicts existing between Charles the Bold and their Roman territories. It also guaranteed that they gained Burgundian’s properties to their lands.

Shortly after winning over Duchy of Burgundy, Maximilian, I had to defend this empire from the French forces. During the Battle of Guinegate, he triumphed over Louis XI. This battle occurred on August 7th, in 1479. An earlier agreement involving the Duchy of Burgundy was that Maximilian I and his wife Mary could not inherit these lands. On the contrary, these properties were to be inherited by their children as per the contract signed.

Sadly, in 1482, Mary of Burgundy passed away. This meant that Maximilian, I's supremacy would ultimately weaken. The Burgundy’s inheritance was left for his son named Philip the Handsome. Following the reduction in territorial power, this led to political pressures all over. However, in 1486, he was elected to the post of ‘King of the Romans.’ His coronation was carried out in Aachen in April. Two years later, he was imprisoned in Bruges for close to three months. His release only came after his father retaliated with a vast army.

Maximilian I went ahead and signed a treaty with Francis II of France. In addition to this, he was obliged to tie the knot with Duchess Anne of Brittany. This was a move that would allow them to surround France. Around this time, a more significant portion of Austria was under the command of Hungary. Part of his early missions was to gain back these lands from Hungary. In 1490, he successfully won back this territory giving him an opportunity to enter Vienna easily.

Defeating Hungary for Austria meant that Maximilian, I could also rule over Hungary. Before this, he had to fight with Vladislas II of Bohemia who had recently been voted to sit on the throne. Fortunately, Maximilian I successfully took over Hungary after overwhelming Vladislas II. This was followed by the signing of Pressburg Treaty in 1491.

Two years later in 1493, another treaty called the Treaty of Senlis was signed. This was a pact that would bring an end to the conflict existing between France and Netherlands. During the same year, Maximilian’s father passed on. This gave Maximilian the opportunity of serving as the Holy Roman Emperor.

In 1494, Maximilian, I again wedded Bianca Maria Sforza. She was the daughter of Duke of Milan named Galeazzo Maria Sforza. Just like his previous marriages, this was meant to ensure that King Louis XII did not claim duchy of Milan. The following year, he partnered with Spain in trying to expel the French as they had brought problems in Europe particularly after trying to invade Italy. He succeeded in this mission, and the French had to leave Italy.

Maximilian, I also continued to strengthen his empire by marrying off his daughter and son. In 1495, for example, he had his son marry Joan from the Spanish empire. His daughter named Margaret was married to a Spanish prince.

Maximilian, I wedded for three times. In all the three marriages, it was only in his first marriage that he had children.

Maximilian, I died on January 12th, in 1519. Historians argue that he was deeply saddened by the fact that he could not recover from a horse injury he acquired in 1501. He was 59 years old when he passed away.