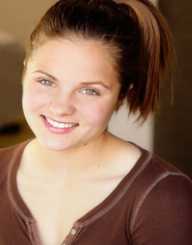 Mary Brunner was born on December 17th, in 1943. She is infamous for her criminal activities. Brunner was formerly an associate of the Manson Family. She witnessed the killing of Gary Allen Hillman. Brunner later got arrested on several accounts including armed robbery, credit card theft and several other charges.

Mary Theresa Brunner was born on December 17th, in 1943. Her place of birth was in Eau Claire, Wisconsin. She was the daughter of Elsie and George Brunner.

Mary Brunner attended the University of Wisconsin-Madison where she graduated in 1965. Shortly after completing her studies, she went ahead and worked at the University of California, Berkeley as its library assistant.

Around the time when Mary Brunner was working as a library assistant, she crossed paths with Charles Manson. Manson had just been released from prison. The two became close friends, and with time, Manson was living in Brunner’s apartment. With time, the pair became lovers.

Following the strong bond that had been created between Manson and Brunner, she joined to become a member of the Manson Family cult. Sooner or later, Brunner left her job. The duo drove around California in a van searching for new women to recruit.

In 1967, Brunner got pregnant. Subsequently, the following year, she gave birth to a son called Valentine Michael. After that, Brunner and Manson managed to recruit up to 30 people to join their family.

In mid-1968, a number of Manson Family members including Mary Brunner, Ella Jo Bailey, Nancy Laura Pitman, Susan Atkins, and Manson were arrested in an area close to Ventura County, California. Fortunately, Brunner’s charges were reduced. She had to go through mere two-year probation. Valentine, her son, was returned to her after she told the authorities she would return to her parents.

The following year in July, one of their musician friends named Gary Allen Hinman was found dead in his apartment. A few months later, Brunner was arrested. She purchased goods using a stolen credit card. Initially, Brunner and her friend managed to escape the store where they were buying goods. However, later on, police tracked them down and as a result, found them with the possession of stolen credit cards.