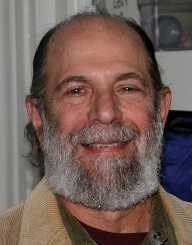 Martin Buber was born on February 8, 1878. He was a Jewish philosopher. He was also an educator, essayist, translator, editor and religious thinker. He developed the philosophy of focus of education of character and initiated the establishment of Jewish education centres in Germany and teacher training centres in Israel.

Martin Buber was born on February 8, 1878, in Vienna. He was born Else and Carl Buber. In 1882, his parents separated, and so he could no longer live with them. He grew up in Ukraine with his grandparents, Solomon and Adele Buber. His grandfather taught him Hebrew and also introduced him to Jewish theology. He developed an interest in Zionism and Hasidic Literature. He was homeschooled by his grandmother after his grandparent’s estate was confiscated during World War II.

Martin Buber learnt Hebrew, Latin, Greek, German and Polish among other languages. He later turned away from Jewish teachings and focused on works of Immanuel Kant, Fredrich Nietzsche, and Soren. He then took up philosophy in university. In 1899, he met his future wife, Paula Winkler. He studied art history and philosophy in Zurich, Vienna, Leipzig, and Berlin. In 1904, He obtained his doctorate for his thesis on German Mysticism.

In 1900, Martin Buber moved with his wife to Berlin where his friend Gustav Landauer stayed. In the same year, he again moved with his family to Heppenheim, Frankfurt where he got a job as an editor. He later met Franz Rosenzweig with whom he became good friends with. After the war he became, a lecturer at the Jewish Adult Education Centre. Franz later persuaded him to take up lectures on Jewish religious studies and ethical motives at Frankfurt. In 1937, he moved to Palestine.

Martin Buber taught social philosophy in Jerusalem. He was also involved in the Jewish Hasidism Movement. He was later employed as an editor of the ‘Die Welt’ which was a weekly that was the main paper of the Zionist movement. In 1904, he abandoned his efforts in Zionist organizational work to focus on writing and studying. He studied published editions of mythic texts. In 1916, he moved to Berlin where he set up the Jewish National Council. In 1923, he wrote the essay ‘Ich Und and Du’ which was later translated into English as ‘I and Thou’. In 1925, in collaboration with Franz, he interpreted the Hebrew Bible into German.

In 1930, Martin Buber was appointed as an honorary lecturer at the University of Frankfurt. In 1933, he resigned from his post with regard to the empowerment of the Adolf Hitler. In the same year, he was exempted from giving lectures by the Nazi authorities. He was also expelled from the National Socialist Authors’ Association. He later formed the Central Office for Jewish Adult Education which provided education for the Jews. The office was later closed by the Nazi authorities.

In 1938, Martin Buber went to Jerusalem where he became a professor at the Hebrew University. He gave lectures on anthropology and sociology. Some of his works during his career included ‘The Tales of Rabbi Nachman’, ‘Three Speeches on Judaism’, ‘I and Thou’ and ‘The Hidden Light’ among so many others.

In 1951, Martin Buber received the Goethe Award from the University of Hamburg. In 1953, he was awarded the Peace Prize of the German Book Trade. In 1958 and 1961, He received the Israel Prize in the Humanities and the Bialik Prize for Jewish Thought respectively. In 1963, he won the Erasmus Award in Amsterdam.

Martin Buber married Paula Winkler with whom he had two children. He died in June 13, 1965, in Jerusalem. He died at the age of eighty seven.