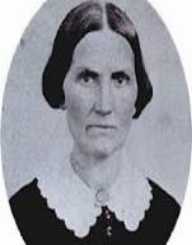 Margaret Taylor held the position of First Lady of the United States from 1949 to 1950.

Margaret Mackall Smith was born on September 21, 1788, in Calvert County, Maryland. Her mother’s name was Ann Mackall. Her father was Walter Smith, a wealthy plantation owner and a veteran of the American Revolution. She had six older siblings. She was educated at home, on her family’s vast estate. She had the nickname “Peggy.”

In 1809, Margaret Taylor was visiting her sister who lived in Kentucky. There, she was introduced to Zachary Taylor – a young Lieutenant in the Army. Their period of courtship lasted a few months. They got married on June 21, 1810, on her sister’s estate near Louisville.

Taylor’s first daughter, Ann Mackall, was born in 1811. She went on to marry a surgeon of the U. S. Army. Her second daughter, Sarah Knox, was born in 1814. She married Jefferson Davis, an army officer and the future President of the Confederate States. Taylor’s next two daughters were Octavia Pannell and Margaret Smith, born in 1816 and 1819 respectively. Both of them died of a fever in 1820.

In 1824, she had her fifth daughter, Mary Elizabeth. She went on to marry William Wallace Smith Bliss, an officer, and a mathematician. In 1826, Taylor gave birth to her only son, named Richard Scott. He became a general of the Confederate Army. He married a wealthy heiress named Louise Myrthe Bringier.

Margaret Taylor often moved with her family because of her husband’s job in the military. She was anxious about his safety, and she prayed a lot for his wellbeing. In 1848, he became the Presidential Candidate of the Whig Party. She was not happy with this, and she hoped he would lose the election. He still managed to win, and he became the 12th President of the United States.

Taylor had quite a reserved personality. She rarely participated in social events. She also suffered from difficulties with her health. Because of this, most of the First Lady duties were taken over by her youngest daughter, Mary Elizabeth. Her husband passed away from food poisoning on July 9, 1950, only a year into his Presidency.

After her husband’s death, Margaret Taylor lived with her daughters. She passed away on August 14, 1852, in the city of Pascagoula, Mississippi. She was buried next to her husband at a cemetery near the city of Louisville. The cemetery was later named as the Zachary Taylor National Cemetery. For many years, there were no photographs or portraits of Taylor that were publicly known. A picture of her was finally found in 2010.