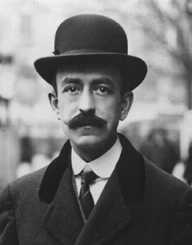 Manuel de Falla was born on 23 November 1876 in Alta Gracia, Spain. Manuel's parents were Jose Maria Falla, from Valencia, and Maria Jesus Matheu from Catalina. Manuel de Falla was a renowned composer and is called as one of Spain's most instrumental musicians of the first half of the 20th century. This was stamped by the fact that his image appeared on Spain's 1970 100-pesetas banknote.

Manuel de Falla had a great interest in music and also trained playing the piano while he was young. Manuel also developed an interest in literature and journalism when he was only fifteen years. Manuel founded two literary magazines, El Burlón and El Cascabel.

Manuel de Fallal was born in 1876 in their family house. Manuel started having an interest in music at an early age. His mother and grandfather worked to nurture this interest and encouraged Manuel to develop his music career. When he was nine years, Manuel started Piano classes with Eloísa Galluzzo. It was, however, short-lived after the Gazulla decided to end the lessons and become a nun in the convent, Sisters of Charity. Manuel's interest did not fade. Instead, it grew even stronger and pushed his parents to allow him to train with a different instructor.

In 1889, Manuel de Falla restarted learning piano with Alejandro Odero. Manuel also began harmony and counterpoint with Enrique Broca. The training increased the interest of music in him. Manuel also started developing an interest in journalism. Manuel de Falla partnered with his friends and launched a literary magazine "El Burlón." Manuel passionately worked with the colleagues and achieved success in the magazine sales volume.

The success triggered Manuel's desire for independence in the theatre, literature and painting world. The desire drove him in creating a new magazine named "El Cascabel." Manuel started off as a contributor but later became the editor of the magazine. At 17 years, Manuel de Fallal concentrated his energy in music and had various trips in Madrid. Manuel resumed learning piano with José Tragó in Madrid.

Manuel de Falla's  interest in Piano was outstanding. In 1897, he did "Melodia" for cello and piano. Manuel dedicated it to a host of evening's chamber music which he attended, Salvador Viniegra. In 1899, Manuel was voted as the best in a piano competition. Manuel was awarded the first prize award in the competition held at his school of music, "Escuela Nacional de Música y Declamación." Manuel de Falla started his first works "Romanza para violonchelo y piano," "Melodía para violonchelo y piano," "Cuarteto en Sol y Mireya," "Nocturno para piano" and "Serenata Andaluza para violín y piano." In the same year, he adopted "de" after his first name.

In 1900, Manuel de Falla continued to perform well in his career and produced different vocals and piano pieces. He started "Serenata Andaluza y Vals-Capricho para piano" in Madrid. Manuel de Falla's family, however, sank into financial difficulties leading to him taking up Piano lessons as a tutor. He developed an interest in native Andalusian music, a path that he followed all through his music career. His early pieces were some Zarzuelas including "La Juana y la Petra" and "La Casa de tócame Roque."

In April 1902, Manuel de Falla started "Los Amores de la Inés" in a Madrid's theatre. Manuel met Joaquin Turina who helped him publish his work, "Vals-Capricho y Serenata Andaluza," with the Society of Authors. He participated in Madrid Royal Conservatory Competition with his newly composed Allegro de Concierto. He got support from the Society of Authors, and some of his work was published. Manuel began a collaboration with Amedeo Vives, a composer where they worked on pieces in Zarzuela.

Manuel de Falla's career picked when he did a one-act opera La Vida Breve (The Brief of Life) written in 1905 and edited in 1913. The work earned Manuel the first prize in the Real Academia de Bellas Artes de San Fernando music competition. He earned 2500 pesetas and production at the Teatro Royal in Madrid. The pledge was, however, unfulfilled.

In 1905, Manuel de Falla participated in a piano competition sponsored by the firm of Ortiz and Cussó and was awarded the first prize. Manuel also started concerts in the Madrid theatres. In 1907, Manuel de Falla moved to Paris where he met different composers and composed several songs. In 1908, Manuel was awarded a royal grant by King Alfonso XIII, to allow him to complete his Cuatro piezas españolas.

In 1913, Manuel de Falla performed at the Municipal Casino in Nice with a translation into French by Paul Milliet.Manuel composed "Siete Canciones Populares españolas" which he completed in 1914 just before the start of the World War 1. The war forced him to go back to Madrid.

In Madrid, Manuel de Falla wrote several pieces that performed very well in the music market. They included "Nights in the Gardens of Spain" (Noches en Los Jardines de España, 1916), ballet El Amor Brujo ("The Bewitched Love," 1915) which included the famous Ritual Fire Dance and The Magistrate and the Miller's Wife (El Corregidor y la Molinera). He later did a revision of The Magistrate and the Miller's Wife which became "The Three-Cornered Hat" (El Sombrero de Tres Picos, 1917) Manuel de Falla moved to Granada where he lived between 1921 and 1939. While here, he organized several concerts including the Concurso de Cante Jondo. He wrote works such as "Master Peter's Puppet Show" and "Harpsichord Concerto" in 1926 Manuel moved to Argentina in 1939 after Francisco's victory in Spanish Civil War. The following year Manuel de Falla was named the Knight of the Order of King Alfonso X and was offered pension to entice him go back to Spain, but he refused. His remains were brought back to Spain in 1947.

Manuel de Falla neither married nor had children. There were rumors that he had gayish and misogynistic tendencies
A few days after celebrating his seventieth birthday, Manuel got a heart attacked and died. Manuel de Falla's funeral was carried out at Cordoba Cathedral after which his sister moved with his remains to Spain where he was entombed in the Cathedral Crypt of his original city.