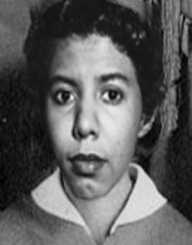 Lorraine Hansberry was born on May 19, 1930. She was an African American Writer. She was also a playwright. She died at the age of Thirty Four years.

Lorraine Hansberry was born on May 19, 1930, in Chicago, Illinois, United States. She was born to Carl Augustus Hansberry and Nonnie Louise. She was brought up alongside three siblings. In 1944, she graduated from Betsy Ross Elementary. She later joined Englewood High School. In 1948, she graduated from high school. She then enrolled at the University of Wisconsin-Madison.

She grew her interest in politics while at the university. In 1948, she later worked in a presidential campaign for Henry A. Wallace. In 1949, she joined the University of Guadalajara, Mexico to study painting. In 1951, she went to New York and joined The New School to pursue her Writing career.

In 1951, Lorraine Hansberry went to Harlem. She was later involved in fighting against eviction among other activists struggles. She later became the Freedom Newspaper’s staff where she performed tasks such as being a Typist, Subscription clerk, editorial assistant as well as a receptionist. She later wrote a report that covered the Sojourners for Truth and Justice which was released in Washington D.C. she later went to cover Willie McGee’s case in Georgia.

She later wrote ‘Lynchsong’ which was a poem. She later worked on the United States Civil Rights Movements. She also worked on Global Struggles against Colonialism and Imperialism. She later supported the Mau Mau Uprising in Kenya by writing on it hence criticizing the press the press for biased coverage. She was writing the stories in the version of supporting the woman power. She later got interested and wrote on Egypt’s traditional Islamic cradle of civilization where women fought for gender equality.

In 1952, Lorraine Hansberry went to Montevideo, Uruguay to attend a peace conference. She later wrote in support of gay rights, feminism and homophobia. In 1957, she joined Daughters of Billitis hence contributing to ‘The Ladder’ magazine. She later wrote ‘A Raisin in the Sun’ which was a play. In 1959, her play was produced on Broadway. She later wrote two screenplays of Raisin and ‘The Drinking Gourd’ which was all turned down.

In 1960, she was made an honorary member of the 26th national convention of the Delta Sigma Theta. In 1961, she became the Kicks and Co, musical’s director. In 1963, she met with Robert F. Kennedy the then Attorney General. She later wrote the play ‘The Sign in Sidney Brunstein’s Window’ which ran till her death.

In 1953, Lorraine Hansberry got married to Robert Nemiroff. In 1963, she was diagnosed with pancreatic cancer which was removed after two operations. She died on January 12, 1965, of pancreatic cancer in New York City, United States. She died at the age of Thirty Four years.