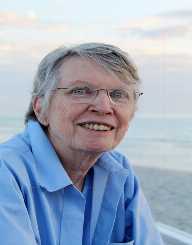 American author Lois Lowry was born in Honolulu, Hawaii on the 20 March 1937. Her father was in the Army which meant that the family made frequent moves during her childhood, including spending some time in Japan. Lowry had a sister Helen (who died at the age of 28 in 1962) and a brother Jon.

After graduating from high school in New York City, Lowry enrolled at Brown University but did not obtain a degree. In the 1970s when living in Maine, she studied at the University of Southern Maine and earned a bachelor's degree. Brown University in 2014 awarded lowry an honorary Doctorate of Letters.

Her studies included photography. Working as a freelance journalist, Lowry used to submit articles along with her photographs, and a Houghton Mifflin editor who saw her potential suggested that she write fiction. The result was Lowery’s first novel, A Summer To Die (1978) which is about a young girl dealing with the death of her older sister.

In 1989 Lois Lowry published a historical novel, Number the Stars and won the Newbery Award in 1990. She also won the 1990 National Jewish Book Award for Children's Literature as well as the Dorothy Canfield Fisher Children’s Book Award in 1991. She earned a second Newbery in 1994 for the Giver. Gooney Bird Greene in 2002, which resulted in Lowry winning the Rhode Island Children’s Book Award. Lowry was awarded the annual ALA Margaret Edwards Award in 2007 for The Giver (1993).

Lois Lowry married Donald Lowry at age 19, and because he was in the military, they lived in various places. The couple had four children Alix, Kristin, Grey, and Ben. After her husband had left the military, the family settled in Portland Maine, and Lowery resumed her studies. She finished her university degree at the University of Southern Maine during the 1970s.

In 1978, Lois and Donald Lowry divorced. She later had a long-term relationship with Martin Short who is mentioned in her memoir. Her current partner is Howard Corwin.

Her son Grey Lowry, an F-15 pilot in the US Air Force, died in a plane crash at Germany’s Spangdahlem air base in 1995. He was thirty-six years old.

Lois Lowry has written a memoir Looking Back.

Lois Lowry keeps a blog which updates fans on her activities and interests. She enjoys gardening, spending time with her family and knitting.