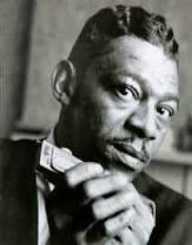 Little Water was a famous musician during the early 1950s whose singing talent was overshadowed by his skills on the harmonica. His career as a musician was cut short by his death in 1968.

The Musical Genius Who Made His Path

Marion Walter Jacobs was born on May 1, 1930, in the small rural town of Marksville, Louisiana. There were disputes regarding his exact birth year since he was born without a birth certificate, but the constant date of his birth was recorded as May 1.

Walter grew up and was raised in his hometown of Louisiana and decided to quit school to head up north and pursue music. Along the way, he did a series of odd jobs to make ends meet and support himself on his journey.


The Road to Chicago

Little Water, who was ultimately bound for Chicago without his knowing, made occasional stopovers at New Orleans, Memphis and Arkansas before settling in the city during the early 1940s. From there, Walters took inspiration from the local music scene and immersed himself on his craft at the guitar and harmonica. He met and performed with fellow blues musicians such as Sonny Boy Williamson II and Honeyboy Edwards. Walter adapted the name Little Walter instead of his real name of which was knowingly remembered by the public.

Although Little Water was also a skilled vocalist and guitarist, people sought more of his talent at playing the harmonica more than the previous skills. He made his first recording for Bernard Abrams’ label which was released in 1947 with a song entitled I Just Keep Loving You. It became a hit and attracted the attention of Muddy Waters hence Walter’s enlistment at the band in 1948. Two years later, they recorded what was to be considered one of his classic songs of Waters entitled Louisiana Blues with Walter on harmonica.

Walter’s involvement as a harmonica player in Waters’ band cemented his name as one of the best harmonica players in history. Long after Walter’s departure from the band, Waters would still call on him to play for the band. They were joined later on by Baby Face Leroy Foster and Jimmy Rogers to form the band called Headhunter.

The same year in 1950, Little Water recorded a song as a solo harmonica player which sky-rocketed him to fame. The song “Juke” raised him to greater heights which prompted him to produce more work of which 14 of those tracks were listed in the Top 10 R&B Charts.

At the start of the 1960s, Little Water's fame gradually deteriorated. Due to his inactivity from the music scene, he turned his attention to alcohol which significantly affected his health and skills. Known for his abrupt temper, Walter met his demise in 1968 when he suffered severe head injuries as a result of involvement in a local street fight.

Despite his brief appearance to the Chicago music scene, his legacy as one of the greatest harmonica players went down in history. Little Water was inducted in 2008 at the Rock and Roll Hall of Fame, and his album, The Best of Little Walter was listed on Rolling Stones magazines 500 Greatest Albums of All Time. His daughter, Marion Diaz Reacco established a foundation on his name called Little Walter Foundation which is based in Chicago. The foundation is dedicated to providing programs for the outlet of creative arts.