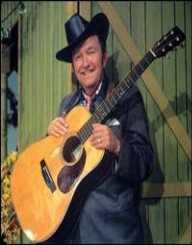 Pioneering bluegrass musician and guitarist Lester Raymond Flatt was born on June 19, 1914, in Duncan's Chapel, Overton County, Tennessee, the United States of America to parents Isaac Columbus Flatt and Nannie Mae Haney. His father was a poor sharecropper, and Lester was one among the nine children of his parents. Lester grew up in an environment of poverty where every member of the family used to contribute their share of job and was habituated to working hard.

However, the hard work and the difficult times did not deter the family members in any way from unwinding themselves during their little free time singing and playing various kinds of musical instruments to their heart’s content. Both parents of Lester Flatt were accomplished banjo players and used to play the instrument in the traditional claw hammer or trailing style.

Besides, his father played the fiddle as well. Evolved in such a musical environment, Lester gradually developed an affinity towards guitar and blossomed into a promising guitarist by the age of ten. He began playing guitar while singing in local church choirs and honed his skills by comparing those with songs aired on radios.

At the age of seventeen, Lester Flatt began working in a textile mill and continued to work there throughout the decade when the Great Depression of the 1930s was at its peak devastating the lives of the ordinary people by ruining the economy. He along with his newly-wed wife was devoted entirely to music and during their free time they played and composed music to satisfy their passion. The couple started performing as a duo and tried to emulate their idol and the local favorite pair of Charlie and Bill Monroe.

Lester had to pull out of his textile mill job by the end of the 1930s as he was diagnosed with rheumatoid arthritis. As such, he concentrated fully on his music career. With Clyde Moody, an erstwhile associate of Bill Monroe’s band, he formed a new group called ‘Happy-Go-Lucky Boys.’ In 1943, he joined ‘The Kentucky Pardners,’ after being invited by its founder Charlie Monroe, older brother of Bill Monroe.

Around the mid-1940s, Lester Flatt became a member of Bill Monroe's Blue Grass Boys. He came into prominence in his first appearance for the Blue Grass Boys at the quintessential Grand Ole Opry as a lead singer-cum-guitarist in 1945.

In 1948, he parted with the Blue Grass Boys and formed his band named ‘Foggy Mountain Boys’ along with another Blue Grass Boys alumnus Earl Scruggs, an innovative and extremely talented banjo player. The duo and The Foggy Mountain Boys dominated the prevalent music scenario for the next 20 years and became one of the leading and prosperous bands in the bluegrass genre.

After their initial success during the 1950s, Lester and Scruggs went forward with their band with renewed vigor and successfully claimed the position of the most sought after popular bluegrass band in the entire United States of America. They released several hits on the Billboard charts rewriting the history of bluegrass music genre. They found equal success in both Pop as well as Country music scenarios.

Some of their most notable and memorable works were based on theme songs and advertising jingles. ‘Foggy Mountain Break,’ a theme song composed and performed by the duo was used in the 1967 film Bonnie and Clyde in its iconic chase scenes. The album ‘Earl Scruggs and Friends’ released in 2001 contained a modified version of the ‘Foggy Mountain Break,’ and the track won a Grammy Award for its excellence.

One of their most famous works is a theme song titled “The Ballad of Jed Clampett.” It was written and composed for a television show titled “The Beverly Hillbillies.” It remained at the top of the Billboard Country song charts for several weeks and also climbed to the Top of the pop chart as well.

The duo parted ways in 1969 after having delivered a number of original hit songs in both pop and country music category and also performed in numerous orchestras including the Newport Folk Festival in 1959 and at a sold-out concert at the iconic Carnegie Hall of the New York City.

Lester Flatt launched his band, Lester Flatt and the Nashville Grass after the disbanding of The Foggy Mountain Boys and continued to remain favorite among the bluegrass puritans. He maintained a safe distance from the growing influence of the Rock n’ Roll genre which delighted his purist music fan followings.

Lester Flatt married singer Gladys Stacey on October 3, 1931, at the premature age of seventeen. The couple remained unseparated till his last breath and continued to compose music together for decades during their marital life. He breathed his last on May 11, 1979, upon suffering a cardiac arrest in his home at Nashville, Tennessee. In 1985, he was posthumously inducted into the Country Music Hall of Fame.