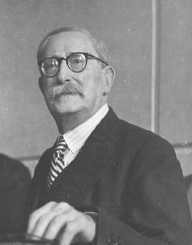 French politician Leon Blum was born on the 9 April 1872 in Paris, France to Adele and Abraham Blum.

Leon Blum was a pupil at the Ecole Normale Superieure and then studied law at the Sorbonne. He was a student during the Dreyfus Affair, and this sparked his interest in politics.

Leon Blum became interested in socialism during his university years and became a committed socialist. His first job after leaving university was working for the socialist leader Jean Jaures. After Jaures was assassinated in mid-1914, Blum's role in the party’s leadership increased, and in August 1914 he was appointed an assistant to the Socialist Minister of Public Works. By 1919 Leon Blum was chairman of the executive committee and won election to the National Assembly representing Paris.

The emergence of Adolf Hitler in Germany caused a group of politicians to form the Popular Front in 1935 which included the Communist Party, the Socialist Party, and the Radical Party, all left-wing organizations. The Popular Front was successful in the election of May 1936, and Leon Blum became Prime Minister of France, the first Jewish person to hold the position. Blum’s government pursued a socialist agenda and initiatives including the introduction of the forty hour week and the nationalization of the Bank of France. They also worked to reassure business and the union. The outcome included the right to strike, collective bargaining, twelve days paid annual leave.

Leon Blum’s government was impacted by the Spanish Civil War when in July 1936 the Popular Front government in Spain requested military assistance against the military uprising. After Blum had agreed to send aid to Spain, Britain intervened and put pressure on France not to send help. Blum conceded and lost the support of the Communist Party. The Communist Party organized demonstrations and agitated against Blum’s government. The events plus economic problems led Blum to resign on the 22nd June 1937.

Blum stayed on in politics as the opposition leader and used this time to push for France’s end to nonintervention. He was returned to power on the 13 March 1938 and promptly sent military aid to Spain. There was a political backlash and on the 10 April 1938, Blum resigned, and Edouard Daladier became Prime Minister of France.

After the German invasion of France in May 1940, Leon Blum was arrested and was imprisoned by the Nazis in Buchenwald and later Dachau concentration camp. In the closing stages of the war, the Nazis ordered his execution, but local authorities ignored orders to have him killed. During his time in prison, he wrote On A Human Scale. Blum survived the camps, but his brother Rene Blum died at Auschwitz in 1943.

Blum had a brief third term as Prime Minister after the war serving in an interim government in a post-war coalition as the country stabilized after World War II. He served as Vice-Prime Minister in 1948 and was later an ambassador to the United States as well as head of the French delegation to UNESCO.