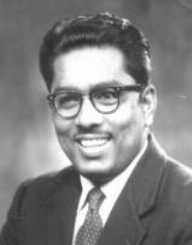 As a young adult, Kumar Bhattacharyya attended the Indian Institute of Technology. He studied here for several years until his graduation.

After graduating from this school, he went onto attend an apprentice program at Lucas Industries in the United Kingdom in 1961. While here, he is working with automotive companies and other transportation industries. Kumar Bhattacharyya also learned many business practices while here. He stayed in the apprenticeship until he completed his training around 1967.

After his apprenticeship, he enrolled at the University of Birmingham. He stayed there until he earned both until his master’s degree and his Ph.D., both in the fields of engineering.

After earning his degrees, Kumar Bhattacharyya began working at the University of Warwick. Here, he worked as a professor. While here, he also helped to start up a manufacturing program for the school. The course that he helped to create was not immediately loved by educators, but it grew in popularity over time.

In 1980, Kumar Bhattacharyya founded the Warwick Manufacturing Group. This group focused on research methods to improve manufacturing systems in the United Kingdom.

Around 1990, the Warwick Manufacturing Group expanded to have more research groups. Some of the other research group programs in countries around the world, like India, Russia, and China. It also expanded on the Warwick campus, having six buildings for all of its various programs. The degrees it also supports have grown. It also expanded to work with different industries like mining, architecture, and various forms of technology.

Outside of working with the Warwick Manufacturing Group, Kumar Bhattacharyya also writes an opinion column in the Birmingham Post newspaper. He also continues to teach at the University of Warwick.

All of Bhattacharyya’s awards and accomplishments are due to his advancements in the field of engineering. Some of his most prestigious awards are listed below.

Some of the groups that Bhattacharyya used to be a member of include the following: Advantage West Midlands, Council for Science and Technology (United Kingdom), Institution of Engineering and Technology, and the Chartered Institute of Logistics and Transport.

Kumar Bhattacharyya was knighted to be a Baron in 2003.