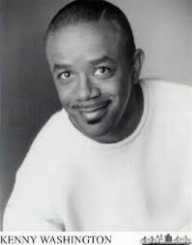 Kenneth Stanley Washington, the first African-American to have played in the American National Football League (NFL) in the post-World War II modern era, was born on August 31, 1918, in Los Angeles, California, United States of America.

Raised primarily by his grandmother Susie and his uncle Rocky, Washington grew up in Los Angeles’ Lincoln Heights neighborhood and studied at the Abraham Lincoln High School, where he excelled both as a football and baseball player. His father Edgar Washington was a baseball player and played mostly in Negro League Baseball during his playing days.

His uncle Rocky was having the unique distinction of being the first Black uniformed lieutenant in the Los Angeles Police Department (LAPD). He enrolled at the University of California, Los Angeles (UCLA) after his high school graduation and played both baseball and football for the UCLA team.

His college days from 1937 to 1939 saw the emergence of Black players as a significant force in the UCLA football team.

Kenny Washington along with three other black footballers including Jackie Robinson, Woody Strode, and Ray Bartlett, saw the representation of four Black athletes in a single team, a never seen before phenomenon in the context of the prevailing situation at that time. In 1939, he achieved the rare feat of being the first UCLA player to be named an All-American.

while Kenny Washington was showing his worth playing for the UCLA football team, entry into the National Football League was barred for all the Black African-American players.

The ban was started in 1933 at the behest of the then Washington Redskins owner George Preston Marshall. His coach during the College All-Star games, George Halas was very keen to sign him for his Chicago Bears team.

However, he could not do so due to the presence of the ban which was not waived off in spite of his repeated pleadings.

Kenny Washington had to remain content with coaching the UCLA team initially immediately after his graduation. He joined the Los Angeles Police Department and started playing in the Pacific Coast Professional Football League on behalf of the Hollywood Bears football team. He played in the league from 1941 to 1945 and became the highest earning footballer of the league.

The ban on entry of the Black players into the NFL finally was overturned in 1946, when facing the prospect of losing its lease in the publicly owned Los Angeles Memorial Coliseum unless their team is racially integrated.

Los Angeles Rams signed Kenny Washington and Woody Strode, ending a 12-year-old embargo on the entry of the Black players in the NFL.

Washington played for the Los Angeles Rams for three seasons and retired from the game in 1948. His final game was attended by 80,000 enthusiastic supporters with the entire stadium giving him a standing ovation.

His jersey number 13 was retired by UCLA in 1956, and his name also was inducted into the National Football Foundation Hall of Fame in the same year. His playing days were interrupted severely by a recurring knee injury for which he had to undergo surgery five times in his career.

Kenny Washington rejoined LAPD after his retirement and also represented a whiskey distributor as well as a grocery store chain. A firm Republican Party loyalist, he favored the 1950 U.S. Senate campaign by Richard Nixon.

He associated himself with the Los AngLos Angeles Dodgers, else Dodgers where his son Kenny Jr. played, as their talent hunter. He appeared in some movies as well including the likes of ‘Pinky’ (1949), ‘Rope of Sand’ (1949) and ‘The Jackie Robinson Story’ (1950).

Kenny Washington breathed his last on June 24, 1971. The cause of his death is attributed to a disease called polyarteritis nodosa. His mortal remains are interred in Evergreen Cemetery situated in the east side neighborhood of Boyle Heights, Los Angeles, California.