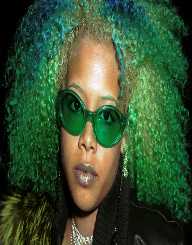 Born on August 21st, 1979, Kelis rose to become a famous American singer with a songwriting talent. In addition to these professions, she is also admired for her remarkable chef skills. Kelis first album in her singing career was out in 1999. This album was titled Kaleidoscope. Her second album came in shortly after, but it received numerous controversies affecting its market. This meant that the album, Wanderland could only be released within Europe. Her career breakthrough came with the release of the third and the hit album, Tasty-2003. Several other albums followed this. Namely, Kelis Was Here, Flesh Tone, and Food.

Kelis Rogers is mononymously famous for her stage name Kelis. She was born on August 21st, 1979 in Harlem, New York. The name “Kelis” was coined by her father and mother’s names. Her father was called Kenneth and her mother, Eveliss. Blending the two names, she was named Kelis after being born. The interest in music that she developed runs in the family as her father was also a musician and a professor. Kelis got most of the musical inspiration from her mother who worked as a fashion designer. She motivated her into striving for her music career and exploiting her potential.

Kelis did not waste time as she began recording her first album, Kaleidoscope. Within a years’ time, she was done and ready for the release of her first album. Pharrell and his team mainly did productions for the album. However, recordings and its release was done by Virgin Records. In 1999, Kaleidoscope was out. The album succeeded as it was ranked on the top 200 list on Billboard charts. Things were way much better on Top Heatseekers as it was ranked top 5. "Caught Out There" was one of the songs on the album that performed well and earned Kelis nationwide recognition.

In 2001, Kelis released her next album, Wanderland. With controversies facing this album, it was only meant to be released in Europe. It was a commercial success, but the United States never had anything about it. Moving on, Kelis released her third album titled Tasty -2003. This was her career breakthrough as it became a major hit right from the beginning. The album’s lead single "Milkshake," became an anthem throughout the American culture. This song brought Kelis to the limelight as she became a household name. Three years down the line, she released another album titled Kelis Was Here-2006. This was followed by her fifth album release, Flesh Tone in 2010.

In the period from 2006 to 2010, Kelis also engaged herself in culinary training from the Le Cordon Bleu. During this period she managed to write a cookbook with the help of Lauren Pesavento. This spurred her into a career as a chef where she also became famous.

Kelis had been in a romantic relationship with Pharrell Williams when she was looking for a production company. After this, she got married to a hip-hop legend, Nas. The pair had one son before separating in 2009 and finalizing their divorce in 2010. Later on, in 2015, Kelis had her second born son called Shepherd. The identity of the father was kept secret from the public.