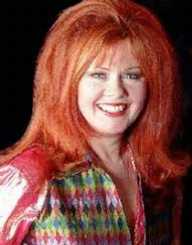 In 1976, Kate Pierson established the B-52s with five other singers. The band became a cult favorite, and they recorded and performed through to 1994.

The band took a three-year break, and then reformed in 1997 and are still performing today.

The two biggest hits for the band are Love Shack and Rock Lobster.

Not only is Pierson a founding member of the B-52s, but she has collaborated with many artists. Some of the artists include The Ramones, Iggy Pop, R.E.M., and Fatboy Slim.

Pierson released seven albums with the B-52s, but she released her first solo album in 2015, called Guitars and Microphones.

In addition to her singing career, Pierson has appeared on several television shows and in movies. These include A Matter of Degrees (1990), The Flintstones (1994), and Phineas and Ferb (2012).

Apart from the entertainment industry, Pierson and her partner own two motels that they manage together. These are Kate's Lazy Desert in California, and Kate's Lazy Meadow in New York.