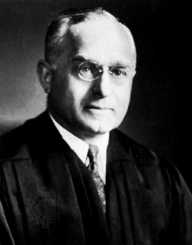 Joseph Story was born in Marblehead, Massachusetts on the 18 September 1779. He was the eldest in a family of eleven children. With seven half-siblings from his father’s first married to Ruth Ruddock. His father was Elisha Story (b.1743-d.1805) Register of the Court of Admiralty in Boston and a member of the Sons of Liberty. Story’s mother was Mehitable Pedrick (b.1758-d.1800)

Joseph Story studied at the Marblehead Academy and graduated from Harvard University in 1798. He then studied law with Samuel Sewall and Samuel Putnam and was admitted to the bar in 1801.

In November 1811 President James Madison nominated Story an Associate Justice of the Supreme Court in 1811, and he held this position until his death. At the age of thirty-two, Story was the youngest ever appointed to the bench. During this time, he was also appointed an overseer of Harvard University (1811) and to the State Constitutional Convention (1820). He was the recipient of the inaugural Dane Professorship of Law at Harvard in 1827. Joseph Story was in favor of an elite law school dedicated to public service. In the beginning, enrolments were low because at the time many people believed that legal apprenticeships were of more benefit. The law school was initially known as Dane Law School before becoming Harvard Law School. The professorship was named after Nathan Dane who was an alumnus of Harvard.

Joseph Story’s first wife Mary Oliver died young in 1805. He then married Sarah Waldo Wetmore, and they had seven children. Five of their children died in infancy, the surviving children being William and Mary.

William Wetmore Story (b.1819-d.1895) the sculptor, poet, and art critic was Joseph Story’s son. His statue of his father is in Harvard Law School’s Langdell Hall, and he was also an author of a book about his father, Life, and Letters of Joseph Story (1851).

Joseph Story died in Cambridge, Massachusetts on the 10 September 1845.

At thirty-two years of age, Joseph Story was the youngest ever judicial appointment to the Supreme Court Bench in the United States. He was the first Dane Professor at what became Harvard Law School. Story County, Iowa was named in his honor.

The film Amistad (1997) was based on the famous case United States vs. The Amistad Africans. The plotline dealt with Story’s judgment relating to the mutiny on the slave ship La Amistad. A retired associate justice of the US Supreme Court, Harry Blackmun appeared as Joseph Story in the Spielberg film.