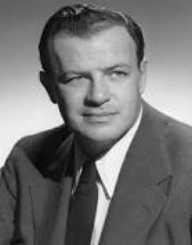 Joseph L. Mankiewicz was born on February 11, 1909, in Pennsylvania, USA. His parents were Johanna (Blumenau) and Franz Mankiewicz. He also had a brother, Herman and a sister, Erna. His brother would also go on to work in the film industry.

Joseph L. Mankiewicz's first job in the film industry was working for UFA Studios, where he wrote English subtitles that were to be used in German movies. He did this for some time before moving back to the United States and settling in Hollywood, California. In 1929, he got a job with Paramount Pictures, where he began working as a screenwriter. While with Paramount Pictures, he wrote several things in which he was uncredited for.

In 1934, after over a decade working in the film industry, he became a producer with MGM. He produced several movies while working with his company.

In 1943, Joseph L. Mankiewicz began working for 20th Century Fox. This time, he was working as both a screenwriter and a producer. While working with his company, he got his first chance to direct a movie, in 1946. He began directing the film Dragonwyck. However, he could not complete his job, or the movie, as he became too ill. It was not until the next year that he directed a successful film, The Ghost of Mrs. Muir.  He did several more projects with 20th Century Fox before leaving the company in 1951.

Some of the most famous films he has worked on are listed below:

A Letter to Three Wives

Throughout his long film career, Joseph L. Mankiewicz won over twenty awards and was nominated for two dozen more. Some of his most prestigious awards are listed below:

Academy Awards Oscar for Best Director and Best Writing, Screenplay (All About Eve) (A Letter to Three Wives)

Joseph Mankiewicz died on February 5, 1993, Mount Kisco, New York, USA. The cause of his death was heart failure. He was 83 years old when he passed away.