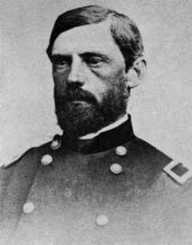 Jonathan Letterman was born on December 11th, 1824. He was an American surgeon also known as the "Father of Battlefield Medicine."  His accolades came as a result of instituting modern medical methods for armies.

His methods helped save many lives on the battlefield. Letterman created a system that could efficiently extract casualties from the battlefield. The soldier's condition was assessed, and both short-term and long-term solutions were rendered.

Jonathan Letterman was born on December 11th, 1824. He emulated his father's profession to become a doctor. He conducted his early studies under the administration of a  private tutor. Letterman later enrolled at Jefferson College and graduated in 1845.

He then joined Jefferson Medical College and graduated in 1849. It is during this time that he received an appointment as the assistant surgeon in the Army Medical Department. Here, he participated in a number of military campaigns against the Seminole Indians.


Doctor in the Civil War

In 1862, Jonathan Letterman received another appointment as a medical doctor to the army of the Potomac. He later rose to a major's rank post. This came after becoming the director of the entire Army of the Potomac. After his appointment, Letterman obtained a directive which allowed him to implement strategies to improve the system.

He acknowledged that indeed soldiers suffered from several health conditions. He then introduced fresh vegetables into their diet. However, the battlefield turned out a different experience.

In 1863, a three-day battle saw his army suffer the highest casualty numbers of all time. Soldiers suffered from thirst, and it took them more than a week to get help.

Jonathan Letterman first introduced ambulance corps equipped with stretcher bearers used in transporting the wounded to hospitals. He also proposed a triage system. The system scheduled soldiers based on their degree of injury and survival levels.

He then created a three-stage process that helped treat soldiers post extraction from the field. They also set up dressing stations next to battlefields to quickly help dress wounds. His system saved thousands of lives. Medical personnel managed to extract Union soldiers from the battlefield within 24 hours.

Jonathan Letterman married Mary Digges Letterman. The two met and got married after the Battle of Antietam, Maryland. His wife died at the age of 38.

Jonathan Letterman died on March 15th, 1872. He died of intestinal disease after suffering severe depression. In his honor, the Army hospital at Presidio, San Francisco was named after him.