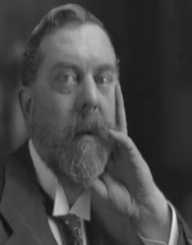 John Singer Sargent is a name that cannot be swept under the carpet of painting history - particularly the Edwardian era art. He is unarguably one of the most renowned portrait painters in the 19th century.

To an extent, his works were seen as anachronistic; as he preferred to tow the artistic path of old masters than modern day’s paintings.

Born on January 12, 1856, to American parents who resided in Florence, Italy, John Singer Sargent became the first surviving child of Fitzwilliam Sargent and Mary Newbold. His father Fitzwilliam was a physician. The couple who spent a better part of their lives in the US relocated to Europe after an epidemic broke out, which led to the death of their first child. Although they had planned to leave the United States for a while and return, they stayed in Europe more than they anticipated.

From a very tender age, John has been honing his outstanding technical skill which was noticed by his parents and friends. His parents encouraged him any way they could to make the best out of his natural abilities. He soon went a step further to register in a painting class.

In his late teens, John Singer Sargent got enrolled in Accademia delle Belle Arti in Florence, Italy. He did all he could to convince his parents of his artistic skills. In 1874, Fitzwilliam and John Singer relocated to Paris- Europe’s arts hub. In Paris, John was trained under Carolus- Duran, an art instructor who taught his students to deviate from the styles of the old art masters.

John was admitted into Ecole des Beaux-Arts, France. Besides the conventional training, John co-owned a studio with James Carroll Beckwith, where he spent the most time in – polishing his skills. John Sargent's talent was loud enough for anyone who came across his path to notice. Both his tutor and colleagues admired his stunning works.

Although John Singer Sargent has been painting all these years, in 1877, he did a portrait of Fann Watts which brought him to the limelight. This was his first salon entry; The Oyster Gatherers of Cancale was his second.

John Singer Sargent kept a wide circle of friends, but nothing was heard of a spouse or children. He lived a unique life, setting his standards for himself. He has been widely referred to as having a homosexual identity, which was reflective in his arts. His association and companionship spoke volume of his sexual orientation. Also, the way he used his paintings to speak against gender difference in the nineteenth century and his nude male portraits were clear indications that John had a preference for men, sexually. His painting of Albert de Belleroche, Thomas E McKellar amongst other of his associates, hinted the world of his relationship with them as well as his sexual orientation.

John Singer Sargent's Madame X painting stirred up some serious scandals. This portrait which was admitted in 1884 might look innocent – from our modern point of view. The controversial outcome of the painting would better be understood when reviewed with the standards of the old-timers.

The Painting of Madame X was a picture of an American elite and the daughter of Madame Gautreau. Although this work made Sargent even more popular, his reputation was significantly affected by the same.  The scandalous Madame X portrait drew much criticism.

This was at a time when the issue of modest dressing was a very sensitive one. Although by way of damage control, John immediately painted another version of the portrait, concerns had already been created; the damage had been done. It was slightly too late to correct the impression in the minds of the public.

This was a significant setback in Sargent’s career. Since his reputation had been severely damaged in Paris, the best thing he would do was to move to London which was less of a conservative society. But whether in Paris or England, the society's attitude towards him had substantially changed, his fan base had drastically reduced, and his former clients could no longer trust his services. Madame X scandal had ruined his reputation - badly.

Although the scandalous painting might have dented his reputation, it also made him even more popular. John Singer Sargent's paintings continued to gain both local and international recognition. However, in 1907, the world-renowned painter said painting had become boring to him and would love to venture into other artistic areas. Nobody ever expected this seemingly awkward twist. And true to it, John Sargent retired from portraits, and for the other part of his life, he focused on Muralism and watercolor – doing several notable works within this period.

Sargent was found dead in his London home on the 14th of April 1925 after protracted heart disease. Behind where he laid was a pile of works which he was yet to complete.

The Daughters of Edward Darley Boit (1882)

This is one of his early portraits. The Daughters of Edward Darley Boit depicts the influence of old masters on him. This portrait reveals how people conceal their real identities behind ‘walls’ of propriety and manners. The older sisters (14year old Florence and Jane, her 12-year-old sister) in the portrait are seen standing in the entrance of another room, partly swallowed in shadow. Contrarily, the younger ones are more relaxed and expressive. Critics have pointed out how the painting reveals the loss of innocence as one age.

As earlier stated, this work was greeted by great controversies; it also turned out to be one of his best and most renowned works in his painting career. After spending over a year on this work, it brought a significant dent to his reputation. The Portrait of Madame X shows a white woman who is indecently dressed in a black revealing nightgown. The criticism from this sensual painting made him almost give up his painting for business or music.

This is a portrait of Adele Meyer and her children. The painting, perhaps, depicts Mrs. Meyer’s opulence and deep passion for opera and theatre. The weak relationship with her children is mirrored in the pictures from her position at the front center, while her children are placed behind the sofa. This depicts her preference for luxury over her family.

Other major works among the numerous are, El Jaleo, Carnation, Lily, Lily, Rose Lady Agnew of Lochnaw. John Singer Sargent has over 2000 watercolors, 90 oil paintings and many charcoal drawing and sketches to his name, making him one of the greatest of his time.