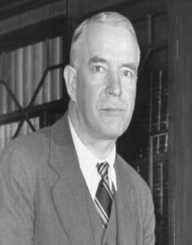 Marquand was born with a golden spoon on November 10, 1893, to a noteworthy family in Wilmington, Delaware. But soon, a financial crisis saw a teenage Marquand being sent to Newburyport, Massachusetts to live with his aunts. He earned a scholarship from Newburyport High School to attend Harvard College.

After serving the U.S. Army in World War I, Marquand got a job at The Boston Evening Transcript. The effects of war were seen through many characters in Marquand’s’ novels. His first novel The Unspeakable Gentleman was published in 1922. The action-adventure story brought him immediate fame. Marquand penned his first short story collection titled Four of a Kind in 1923. In the 1930s, a paradigm shift was noted in Marquand’s works. Deconstruction of Boston’s upper class became a dominant theme in his writings. His trenchant views on class issues earned him the Pulitzer Prize in 1938 for The Late George Apley. It featured the trials and tribulations of the eponymous Bostonian aristocrat at a time when the society was going through a transitional phase. Other noteworthy works in the same genre include Wickford Point, Point of No Return, the controversial B.F.’s Daughter, etc.

At the same time, Marquand simultaneously devoted himself to writing spy stories featuring the Japanese mole Mr. Moto. Many of his stories including the Mr. Moto ones, were first serialized in popular magazines like The Saturday Evening Post, Collier’s, Cosmopolitan, etc., fetching him considerable commercial success. The first book starring Moto was Your Turn, Mr. Moto, which was published in 1935.

Many of Marquand’s works were adapted to celluloid and stage. Legendary actor Peter Lorre starred in eight 20th Century Fox films which were loosely based on Mr. Moto stories. The celluloid adaptation of his novel Melville Goodwin, USA, had Kirk Douglas and Susan Hayward playing central roles. In later years, Marquand served as a Book-of-the-Month Club judge.

Marquand appeared in TIME and Newsweek covers. His novels sold more than three million copies back then. But still, to this day, many of his works remain yet to be published.

Although Marquand ridiculed the Boston elite, he himself had a lavish lifestyle especially post his second marriage. He had sprawling houses in Newburyport and in the Caribbean. He mingled with the upper-class socialites regularly.

Marquand married Christina Sedgwick in 1922. The marriage ended in divorce in 1935. The couple had two children named John Marquand Jr. and Christina. Just like his father, John Jr. became an author. He used the pseudonym John Phillips to differentiate from his father. A year later, he married Adelaide Hooker with whom he bore three children. This marriage ended in divorce also in 1958.