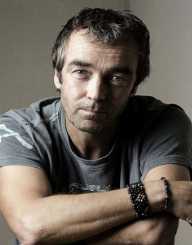 Scottish film and television actor John David Hannah was born on April 23, 1962, in East Kilbride in Lanarkshire, Scotland, United Kingdom. He hailed from a family of modest means and had two older sisters. His father John worked as a toolmaker and his mother, Susan was also a working woman having a job of a cleaner at Marks & Spencer.

Hannah received his elementary education from the Heathery Knowe Primary School and then studied at the Claremont High School. However, he abandoned his studies and dropped out of school at the age of 16. He then underwent an apprenticeship electrician training program for the next four years. His penchant for acting was first noticed when he started participating in the East Kilbride Rep Theatre Club. After completion of his apprenticeship training program of four-year duration, he joined the highly reputed Royal Scottish Academy of Music and Drama of Glasgow, Scotland on the suggestion of one of his colleagues.

Upon his graduation from the Academy, Hannah started his acting career after a lot of struggle. In 1990, he got his first break in movies. Hannah made his feature film debut in a little-known film titled ‘Harbour Beat’. In 1994, he appeared in his magnum opus role in the character of Matthew in his landmark film ‘Four Weddings and a Funeral’. He earned a nomination for the BAFTA (British Academy of Film and Television Arts) Award for Best Actor in a Supporting Role for his outstanding performance in the film.

Having achieved a career-high after appearing in ‘Four Weddings and a Funeral’, Hannah got his first leading role in a feature film called ‘Madagascar Skin’ (1995). In the film, he portrayed a shady character of a gay man who possessed a secluded, withdrawn nature. During the same year, he landed two recurring roles on two BBC television series. He portrayed the character of a forensic pathologist in ‘McCallum’ (1995) and in ‘Out of the Blue’ (1995); he played the role of a police detective.

Hannah continued to receive significant offers throughout the 1990s. He also appeared as Gwyneth Paltrow's love interest in the romantic comedy ‘Sliding Door’ (1998), a role for which he was critically acclaimed.

His acting prowess crossed the Atlantic and he landed his first role in an American movie titled ‘The Mummy’ (1999). He remained an integral part of the Mummy Trilogy and appeared in all the sequels of the original film. The other two films of The Mummy Trilogy are ‘The Mummy Returns’ (2001) and ‘The Mummy: Tomb of the Dragon Emperor’ (2008).

Hannah also founded a production company called Clerkenwell Films jointly with Scottish Films producer Murray Ferguson. The company came into existence on December 24, 1997. The first few episodes of his television series ‘Rebus’ was produced by his Clerkenwell Films before it was taken as their in-house production by the STV Productions.

John Hannah married actress Joanna Roth on January 20, 1996. The couple was blessed with twins on February 11, 2004. The twins are a girl and a boy named Astrid and Gabriel respectively. His proposal for this marriage to Roth was made in a unique way. The couple visited the 'Sri Siam' restaurant of London. At the restaurant, Hannah made the proposal by writing it on the tablecloth of their table. Hannah presently lives in Richmond, London along with his wife and two children.

He is a great supporter of The Epilepsy Association of Scotland. He also is a regular as a spokesperson for the Oxfam's Cut Conflict Campaign.