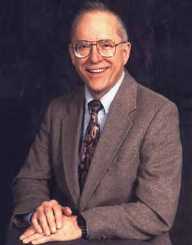 John Hall is an American physicist and recipient of the Nobel Prize in Physics.

John Lewis Hall was born in the city of Denver, Colorado, on August 21, 1934. His father, John, was an electrical engineer. His mother, Rae, was a teacher.

Hall began his education at public schools in Denver. He then received a scholarship for the Carnegie Institute of Technology in Pittsburgh, Pennsylvania. He completed the rest of his education there. He obtained his bachelor’s degree in 1956. He earned his master’s degree two years later. He finished up his doctorate in 1961.

In 1962, Hall joined the National Institute of Standards and Technology. His work mostly focused on the development of laser technology. In 1967, he became a professor at the University of Colorado Boulder. He became a part of the Joint Institute for Laboratory Astrophysics. He also joined the National Academy of the Sciences. Later on, he started his own consulting company, called Hall Stable Lasers. Throughout his career, he published more than 200 papers in various scientific journals. He holds ten patents for his inventions. In 2004, he retired from the National Institute of Standards and Technology. However, he is still a Senior Fellow there. He is also a Fellow at the Joint Institute for Laboratory Astrophysics, at the American Physical Society, and at the Optical Society of America.

Hall won the Department of Commerce Gold Medal in 1969, 1974, and 2002. In 1975, his laser stabilizer landed on the list of 100 best new products of the year. In 1977, his laser wavelength meter landed on that same list. The Optical Society of America gave him the Charles Hard Townes Award, the Frederic Ives Medal, and the Max Born Award. The American Physical Society gave him Davisson Germer Prize and the Artur L. Shawlow Prize. He also received the Samuel W. Stratton Award, the E. U. Condon Award, the Einstein Prize for Laser Science, the Allen V. Austin Measurement Science Award, and the Rabi Award. In 2002, he received the Presidential Rank Award from the Personnel Management Office. In 2004, he became a member of the Legion of Honour in France. He received honorary doctorates from the University of Glasgow and the University of Paris North.

In 1958, Hall married a teacher named Lindy Robinson. They have three children together, named Jon, Carey, and Thomas.