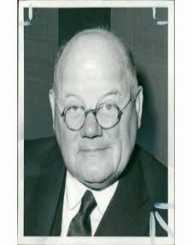 John Bodkin Adams was a British doctor and criminal.

John Bodkin Adams was born in the town of Randalstown, Ulster, on January 21, 1899. His father, Samuel, was a watchmaker and a preacher. His mother’s name was Ellen. He had a younger brother named William. His family belonged to a protestant sect, called the Plymouth Brethren. His father and his brother died when he was a teenager. He studied at the Coleraine Academic Institution. In 1921, he graduated from The Queen’s University of Belfast.

After graduation, John Bodkin Adams spent a year working as an assistant houseman at the Bristol Royal Infirmary. In 1922, he started working as a general practitioner at a practice in Eastbourne, Sussex. There, he began to get close to some of his patients. He received many financial benefits from them. They borrowed him money, they gave him gifts, and some of them even put him in their wills.

During World War II, he received some training in anesthetics. He spent one day a week working in a local hospital. He was slacking at his job there. He fell asleep during operations and he often mixed up the patients’ gas tubes. On the other hand, his career as a general practitioner was going great. He had many wealthy and powerful clients, including many businessmen, politicians, aristocrats, artists, and athletes.

In 1956, the police decided to start an investigation on John Bodkin Adams. The detectives suspected he murdered his elderly patients to get a part of their legacy. They found dozens of suspicious cases. They narrowed it down and charged him for the deaths of two patients – Edith Alice Morrell and Gertrude Hullett. They were wealthy widows who suffered from various physical illnesses and depression. They left large sums of money to Adams, and the causes of their deaths were not completely clear. The case gained a lot of attention from the press. The prosecutors gathered evidence from notebooks and prescriptions, as well as testimonies from nurses and other doctors.

Adams was ultimately found not guilty of committing murder. He was only convicted of forging prescriptions and making false statements on medical forms.

After the trial, John Bodkin Adams resigned from the National Health Service, and he was banned from the Medical Register. In 1961, he managed to reopen his practice after several failed tries. He continued his work, even though some of his wealthy patients left him.

John Bodkin Adams was suspected to be homosexual. In 1933, he got engaged to a woman named Norah O’Hara, but he called it off two years later. He never married, and he had no children. He supposedly had a few girlfriends, but many people suspected they were just his covers.

John Bodkin Adams' case had a significant influence on criminal trials in England. Several more cases similar to his have appeared since then. In 1986, the TV docudrama The Good Doctor Bodkin Adams was produced.